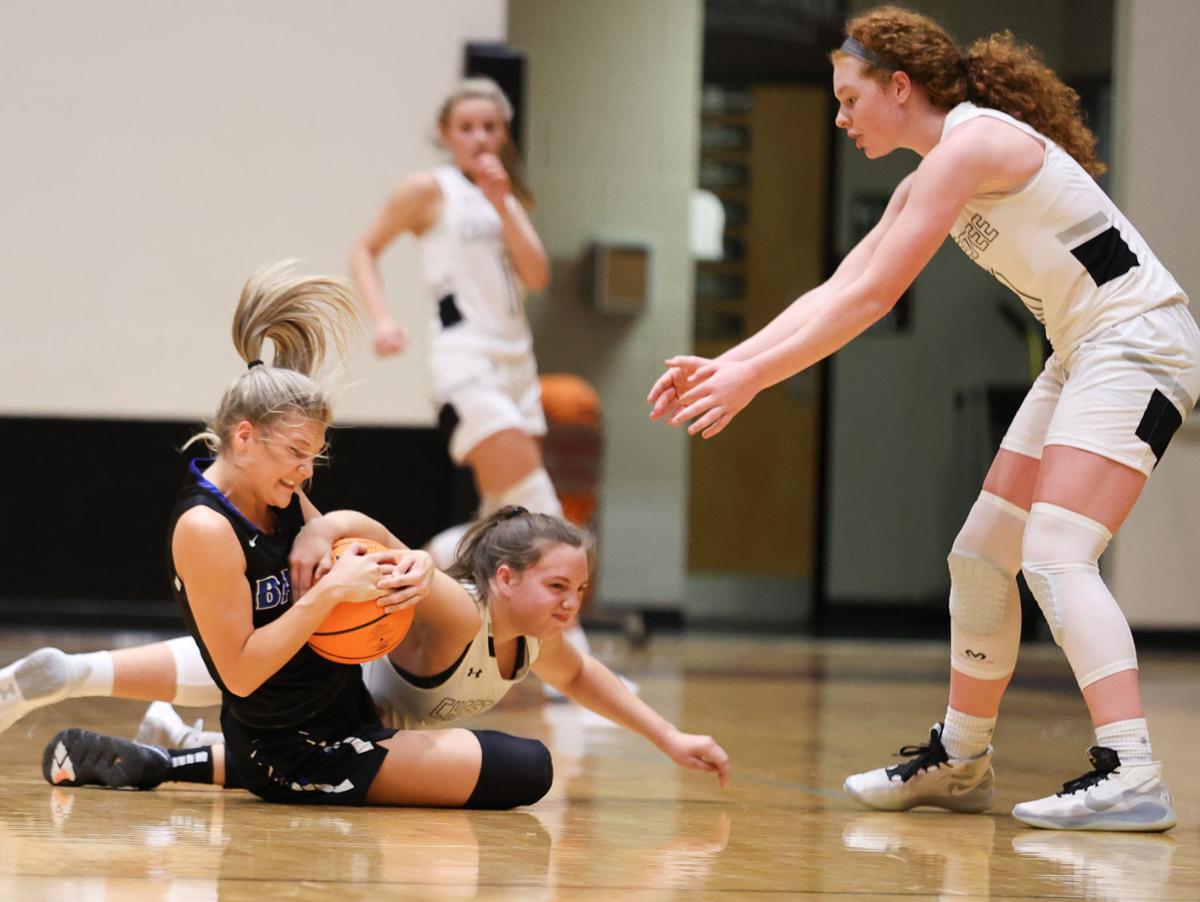 Senior Jenna Reeves fights for ball during the Chestatee game. 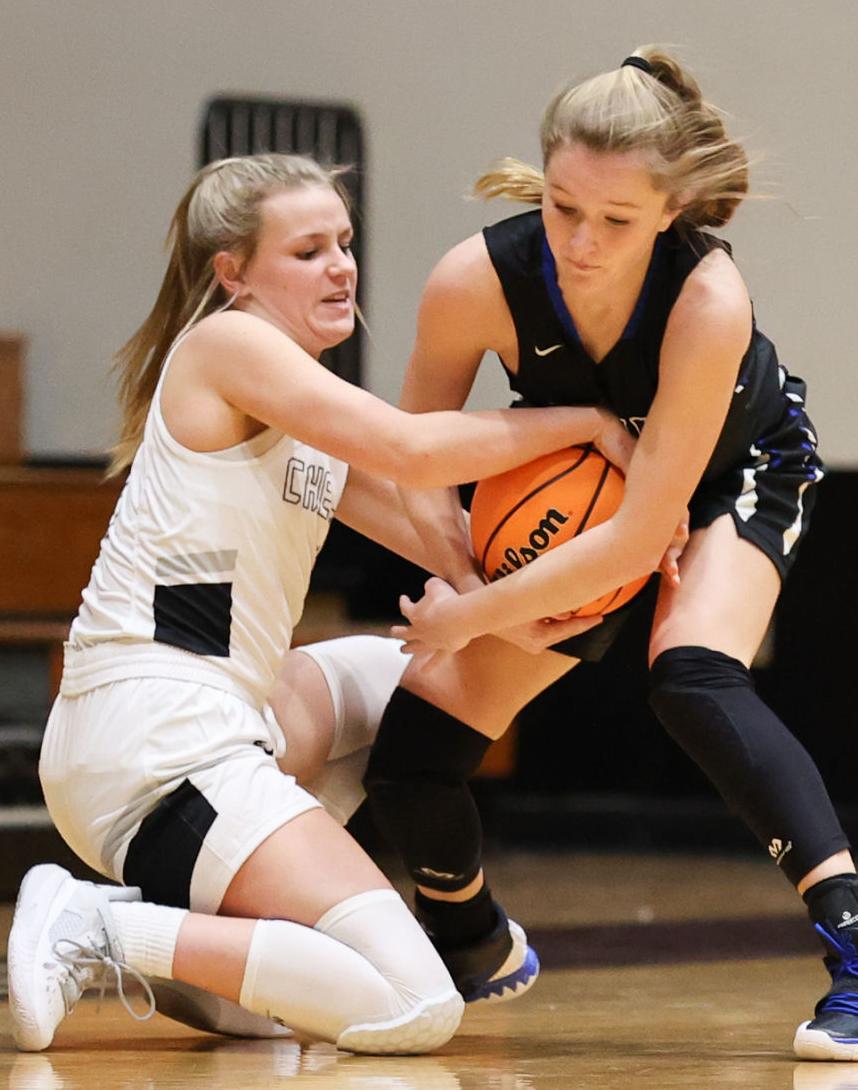 Addison Hoard put up 13 points against Cherokee Bluff game over the holiday break. 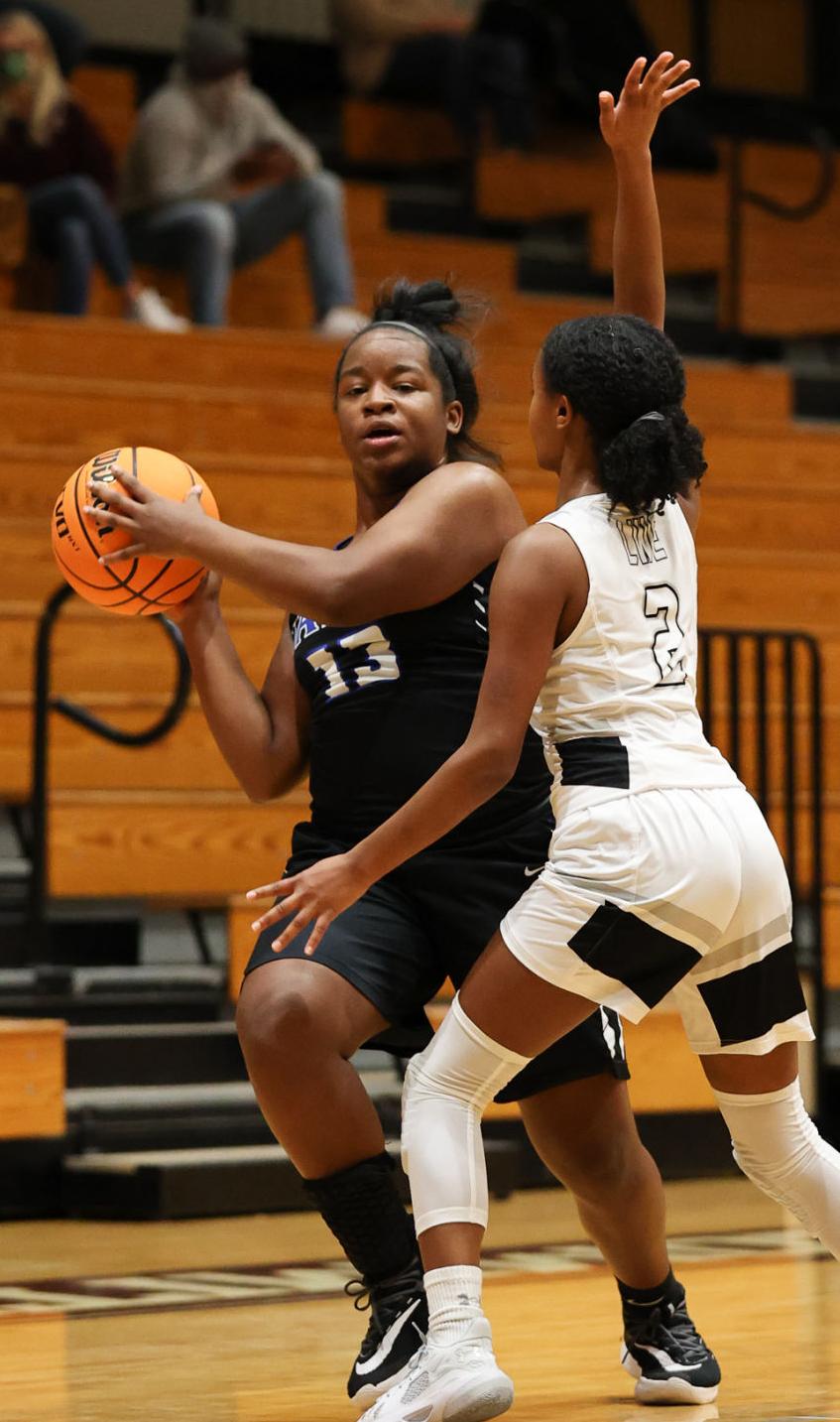 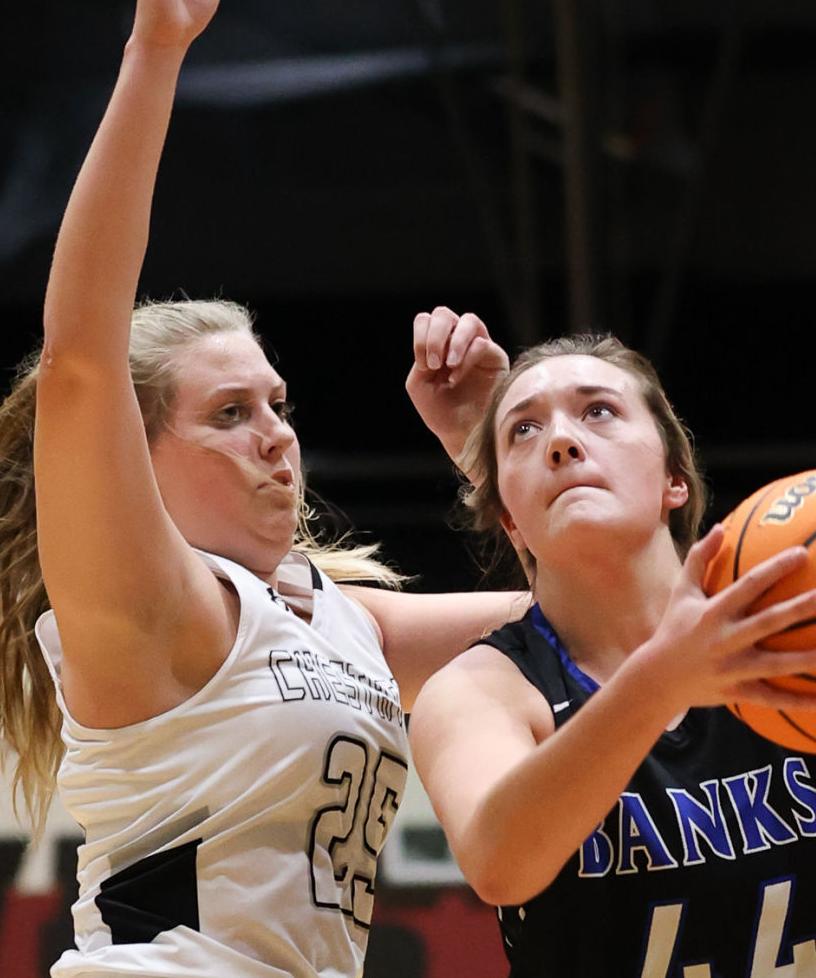 Kamryn Grier continues to shine for the Lady Leopards in recent game.

Senior Jenna Reeves fights for ball during the Chestatee game.

Addison Hoard put up 13 points against Cherokee Bluff game over the holiday break.

Kamryn Grier continues to shine for the Lady Leopards in recent game.

The Lady Leopards dominated the court with big wins against Chestatee and Cherokee Bluff's opponents on December 21 and 22.

The girls took a buzzer-beating loss to East Hall going into the game against Cherokee Bluff but quickly rebounded as they beat Chestatee with a score of 61-46.

"We didn't dwell on our loss against East Hall," said Coach Shedd. "It was a well-coached team, but we were able to get into a double-digit lead and allow a lot of our girls some playing time. We had three girls in double digits, Jenna Reeves, Kamryn Grier and Kalyn Beasley."

Beasley put up 11 points for the Leopards and most of those came from her stellar performance at the free-throw line.

"We had a lot of energy on the court tonight and I knew it was my time to step up and do something new," said Junior Kalyn Beasley. "In practice, we have been trying to speed things up, and I think tonight it showed."

Beasley has proven to be one of the players that do a little bit of everything, and she mentions that staying calm during the game and staying focused on doing those things helps her team not lose sight of the game.

Reeves also had another great game with 16 points.

"I am just trying to play with confidence," she said. "My coaches have worked hard on making sure that I don't overthink things."

Reeves's confidence has definitely been an outlet for her as she has been instrumental in leading the team with points from offensive rebounds.

The Lady Leopards continued their winning streak as they faced Cherokee Bluff Bears on December 22.

Grier and freshman Addison Hoard led the Leopards with 13 points, followed by Reeves with 10.

"Hoard is beginning to show what we knew she was capable of doing on the court," Shedd said. "She is a freshman, but she is stepping up to be a dominating force on our team."

The Leopards are now 9-5 for the season and will host the Banks County Christmas tournament this week at Banks County High School.