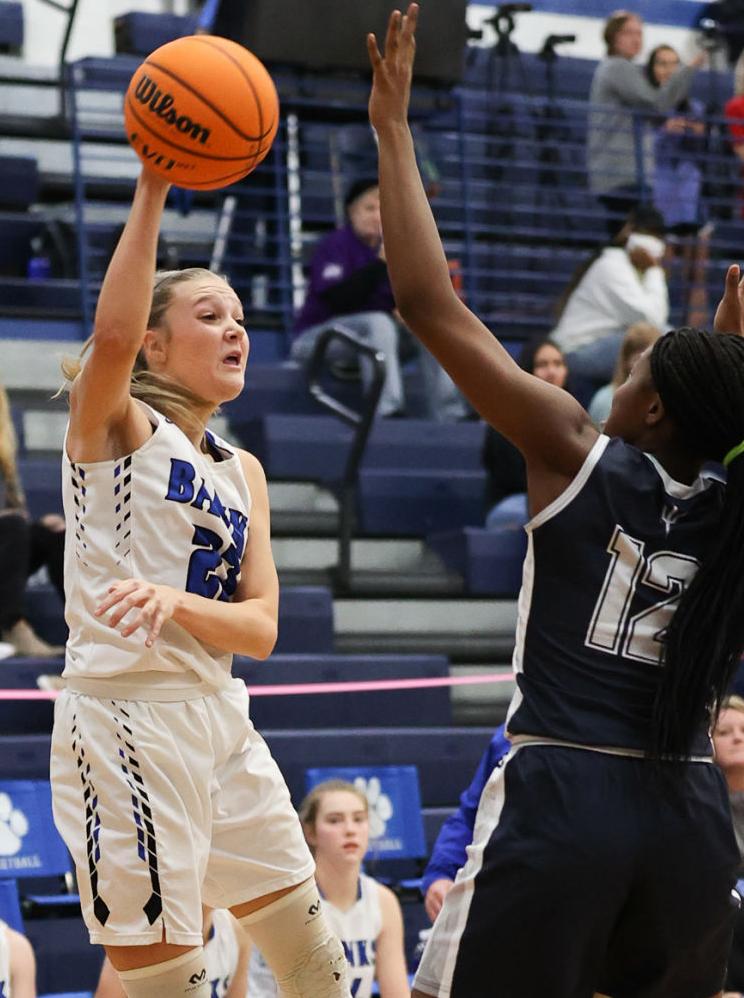 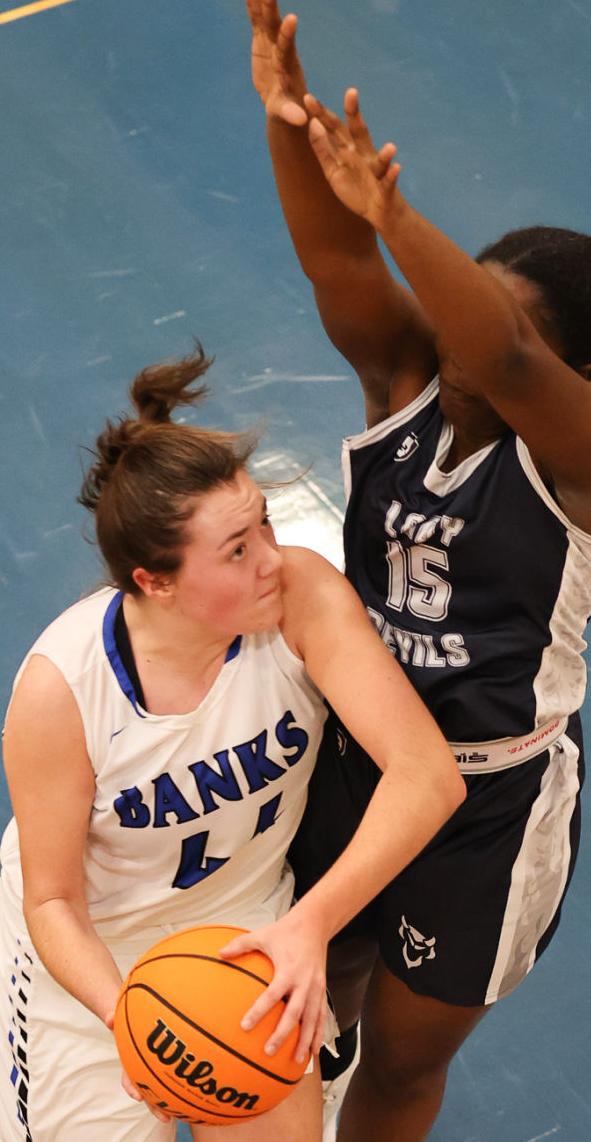 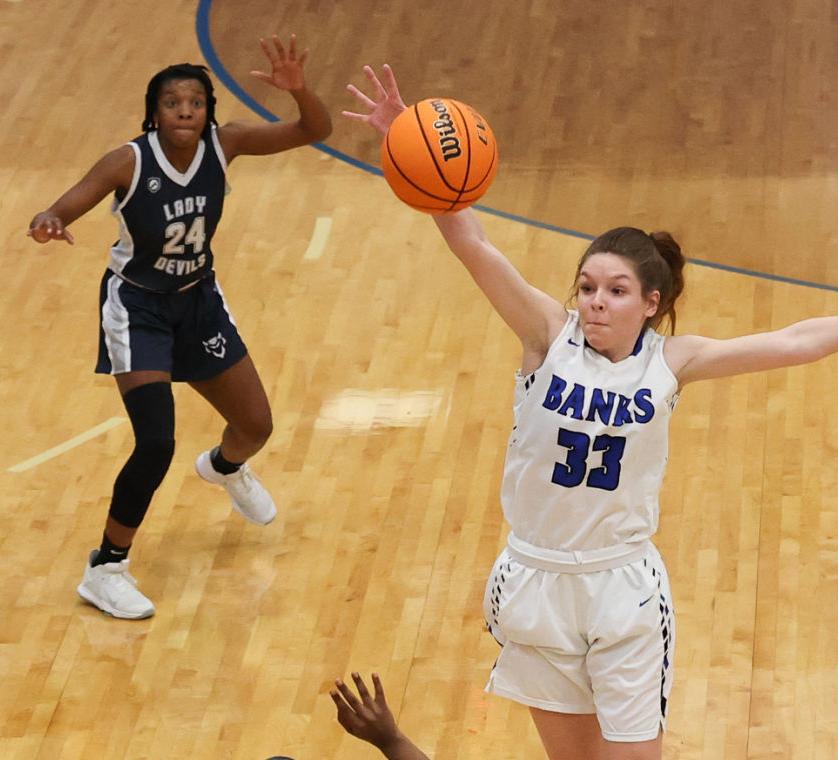 Senior Hailey Seahorn is shown at the Elbert County game. The game was the first region game for the Lady Leopards. 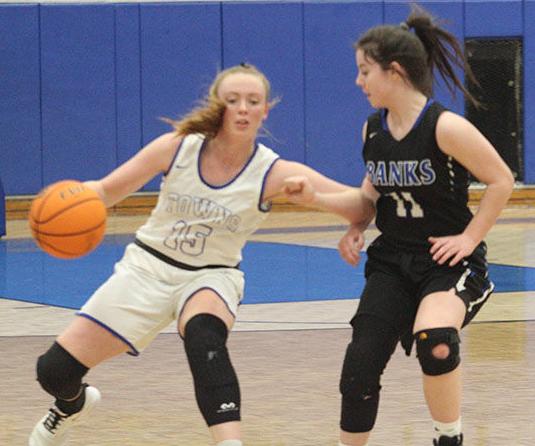 Senior Hailey Seahorn is shown at the Elbert County game. The game was the first region game for the Lady Leopards.

The Lady Leopards took on region foe, Elbert on January 5. With a great start from the Leopards, Banks led the first quarter with 10 points against the Blue Devils. With points from Addison Hoard, Kalyn Beasley, Jenna Reeves and Kamryn Grier, the Leopards were on their way to a well-distributed point game. The Blue Devils fought back and led the second quarter. Hoard led the second quarter with 4 points, one of those a long 3 pointer.

Going into the half, the Leopards led 21-20. Big quarters for both teams during the third gave Banks 37 points. Grier came alive during this quarter and put 6 more points on the board.

The game's top scorers were Hoard with 12, Grier with 11 and Reeves with 8.

Head Coach Steve Shedd stated that his team played very well during the first half. They forced a lot of turnovers defensively and were efficient with scoring.

"We held the lead throughout the game, but I have to give Elbert credit," he said. "They increased their pressure, and we struggled. We had more turnovers during the fourth quarter than the first three quarters combined."

He also added it was a disappointing loss, but the game was a lot closer than the scoreboard shows. The loss is the first region game for the girls; however, they will face the Blue Devils again, and Shedd feels that his team will be definitely more prepared and ready.

The Leopards took on Towns County Friday evening and produced a blowout win against the Towns County Indians, 58-32.

Coach Shedd said the game plan was to play aggressive and fast on both offense and defense.

"Our focus during the week was to speed up the tempo with our aggressiveness, and it showed during the game against Towns," he said.

The girls definitely showed that their hard work at practice worked as they outscored Towns every quarter during the recent game. The team had three players in double digits, Hoard with 11, Reeves with 16, and Grier with 20 points.