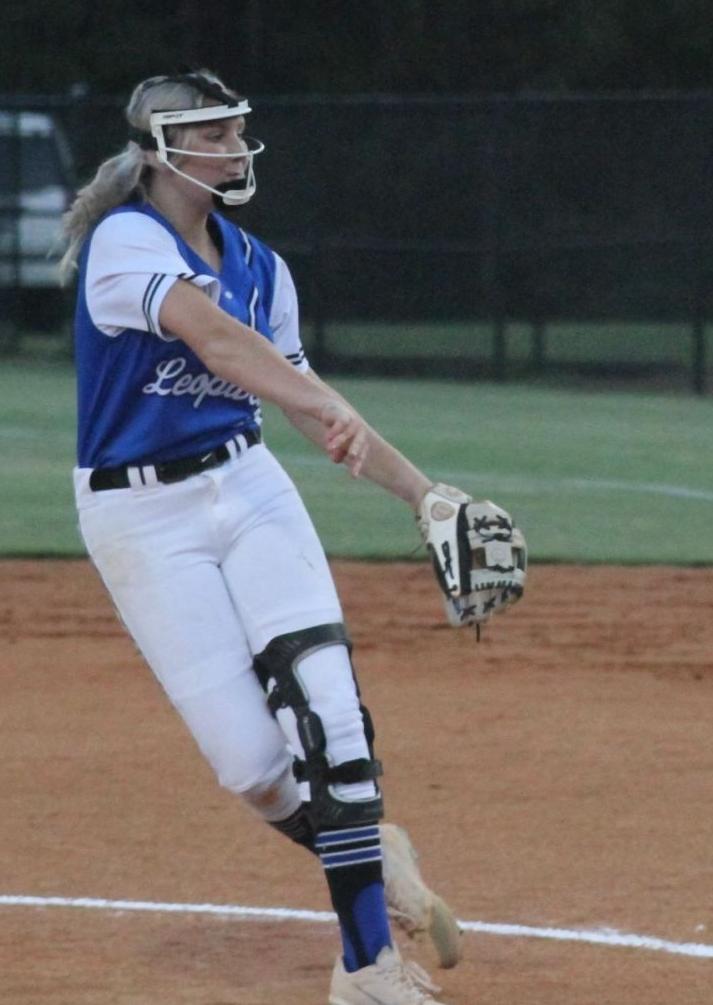 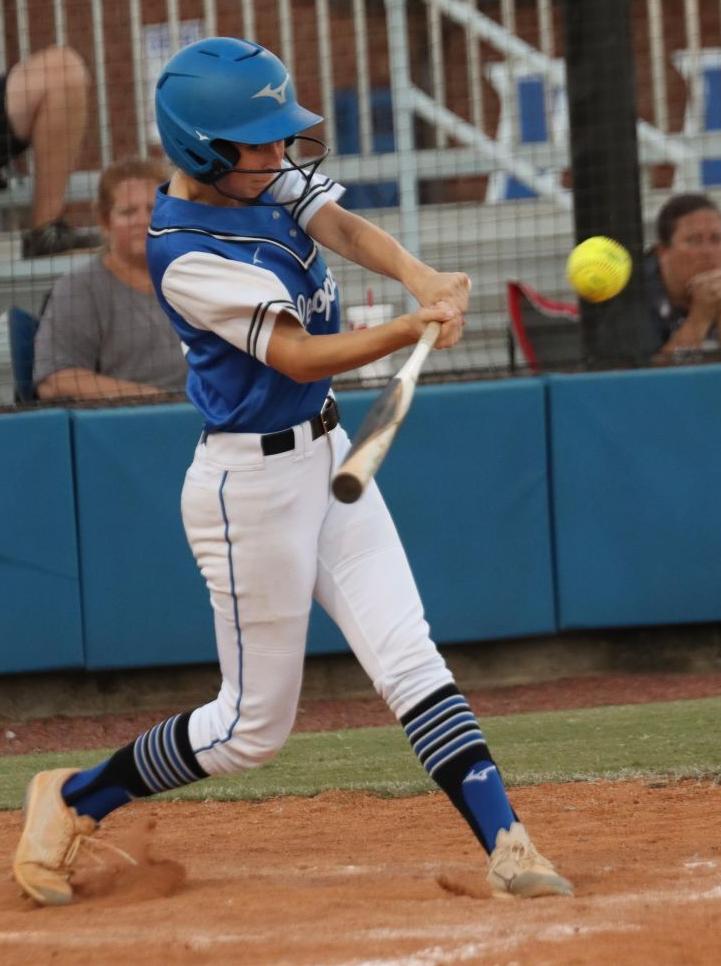 Kynlee Griffin is shown for the Leopards at the plate at the Elbert County game. 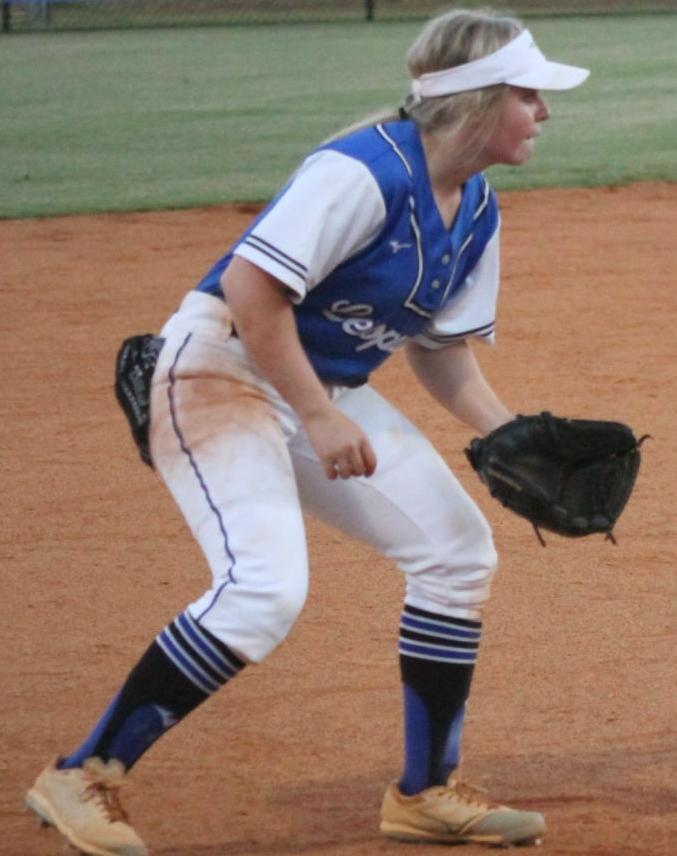 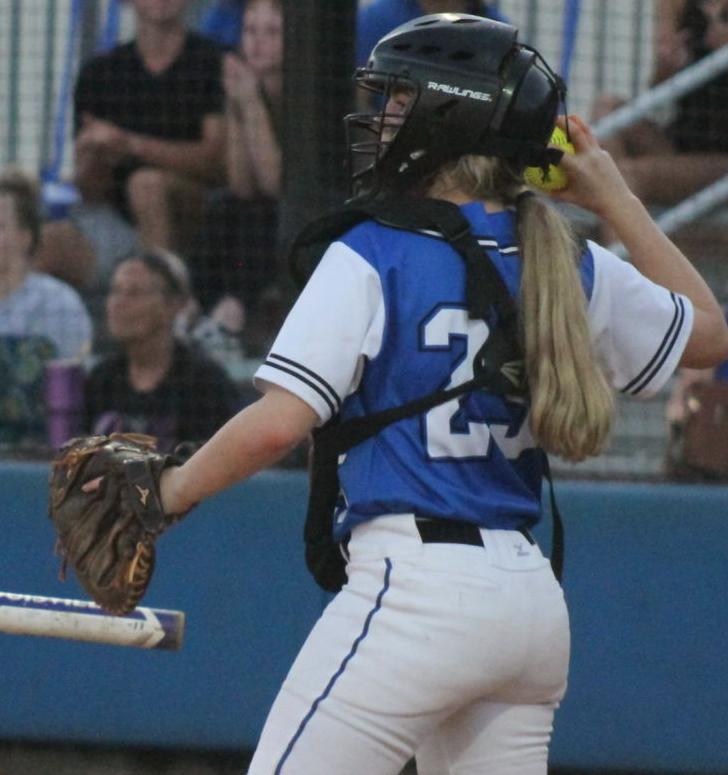 McCayla Rice is pictured for the Lady Leopards playing behind the plate. 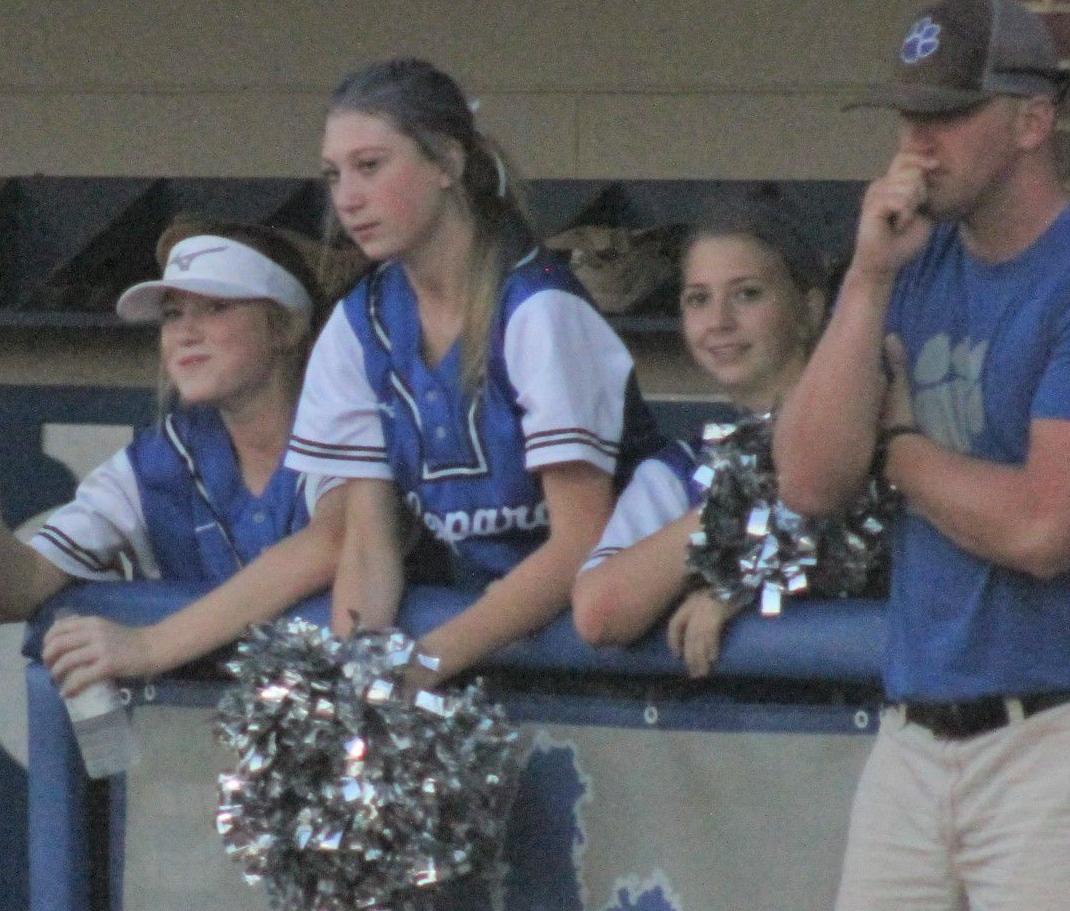 The team met after the big win against Elbert. Coach Davis stated he was incredible proud of the team.

The Banks County High School softball heads into the 8AA tournament as the #1 seed.

Kynlee Griffin is shown for the Leopards at the plate at the Elbert County game.

McCayla Rice is pictured for the Lady Leopards playing behind the plate.

The team met after the big win against Elbert. Coach Davis stated he was incredible proud of the team.

The Banks County High School softball heads into the 8AA tournament as the #1 seed.

After a slow-starting season with injuries and a coaching change, the Lady Leopard softball program has not only overcome a challenging season, they have clinched the #1 spot heading into the 8AA Region Tournament.

The Leopards quickly set the tone for the competitive match-up against Elbert and scored two runs in the first inning. Elbert scored in the fourth, to make the score 2-1 in favor of the Leopards.

Kynlee Griffin's triple allowed Banks County to quickly respond with two more runs in the fifth. Elbert tried to match the Leopards but only managed to score one in the sixth.

Sealing the fate of the Blue Devils came from the Leopard's offense with two more hits in the sixth.

"As soon as I hit the ball, I felt like it was a good hit," said Griffin. "I just kept running until coach told me to stop."

Griffin, like her teammates, has played some incredible ball this last part of the season. She states that the team's energy has been a huge factor in that turnaround.

"We want to make it back to Columbus, and we are going to stay humble, but we also know that we can do it as a team," she added. "Coach Davis has stepped in and done a great job giving us constructive criticism when we do something we need to fix. Our confidence has really improved."

Griffin also stated that seeing people in the stands cheering them on is a huge confidence builder, but knowing her PawPaw is sitting out in the stands makes her getting that hit even more special.

'Before every game, he says, 'Let's go Kynlee-re' (a combination of her middle and first name), and then I'm ready for the game," said Griffin.

Coach Davis said, "Kynlee is the type of player that comes to practice every day, works extremely hard at getting better. We moved her to another position, and she embraced that without question and has done an outstanding job at it, and for her team."

The final score against Elbert was 6-2.

The team had a combined hit total of seven.

Kylee Brooks was the ace hitter for the team leading with two hits and also scored a run for her team. Brooks has been consistent in the field for her team and even stepped in to play the role of catcher when needed.

Crawford had the team's only stolen base.

Pitchers Crawford and Ayers shared the duties for the game. Crawford had five strikeouts, and Ayers had four.

The Lady Leopards will host this week starting on Tuesday, October 5.