Coach Steve Shedd speaks to the girls basketball team after a recent practice. 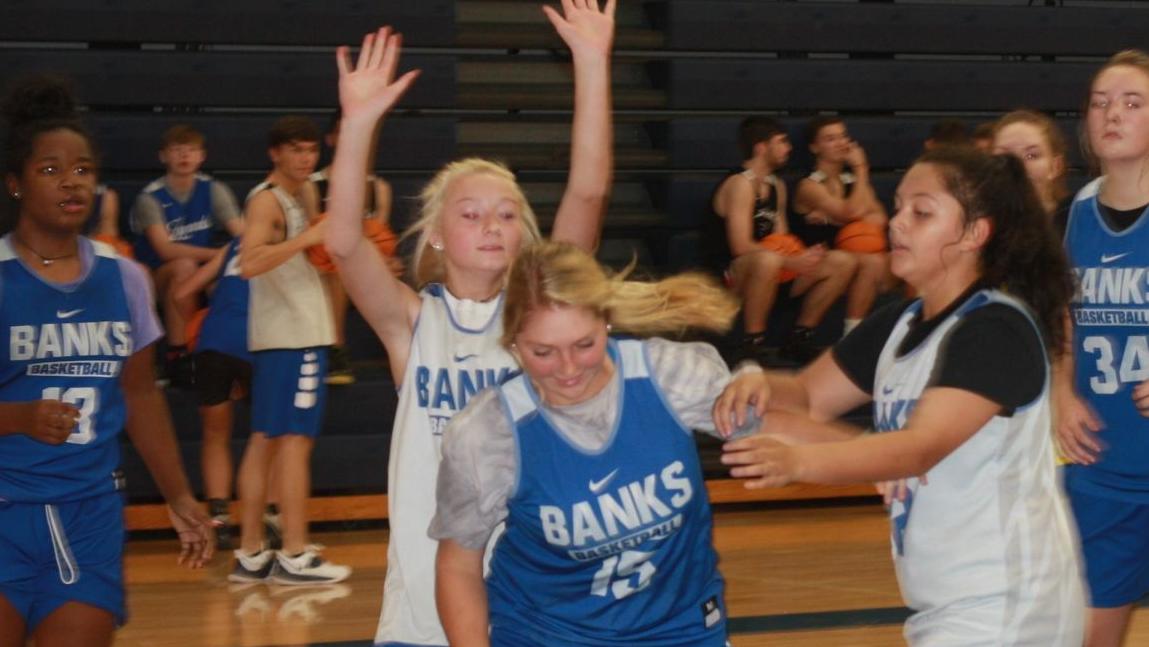 Jacy Ayers drives in for a basket during a recent scrimmage practice. 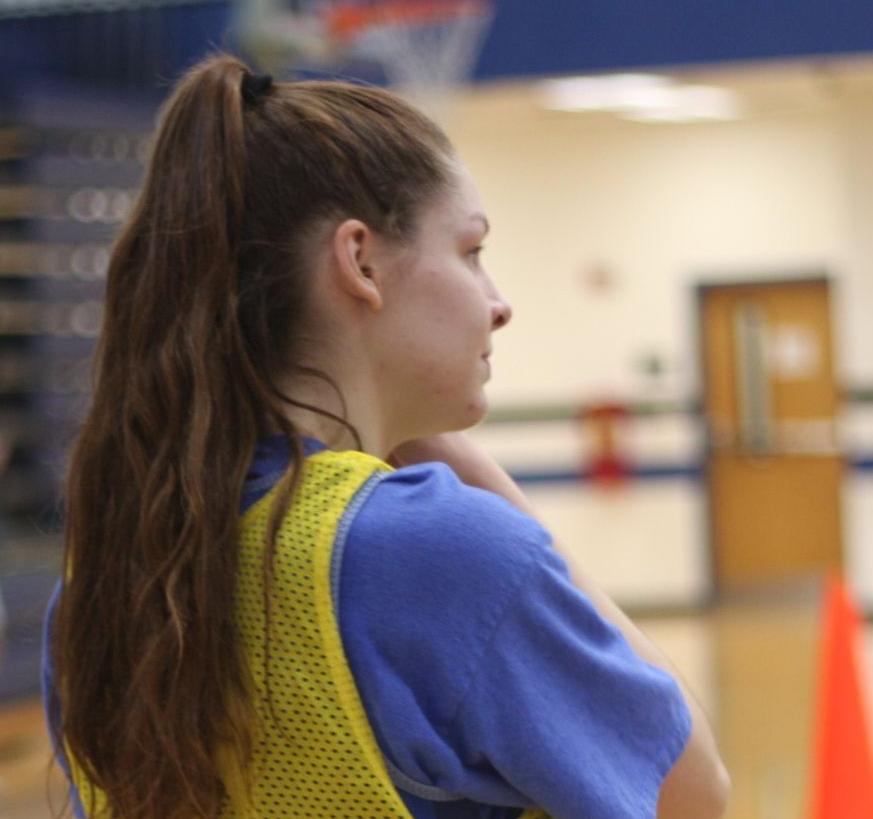 Senior Hailey Seahorn will lead the Lady Leopards this season. 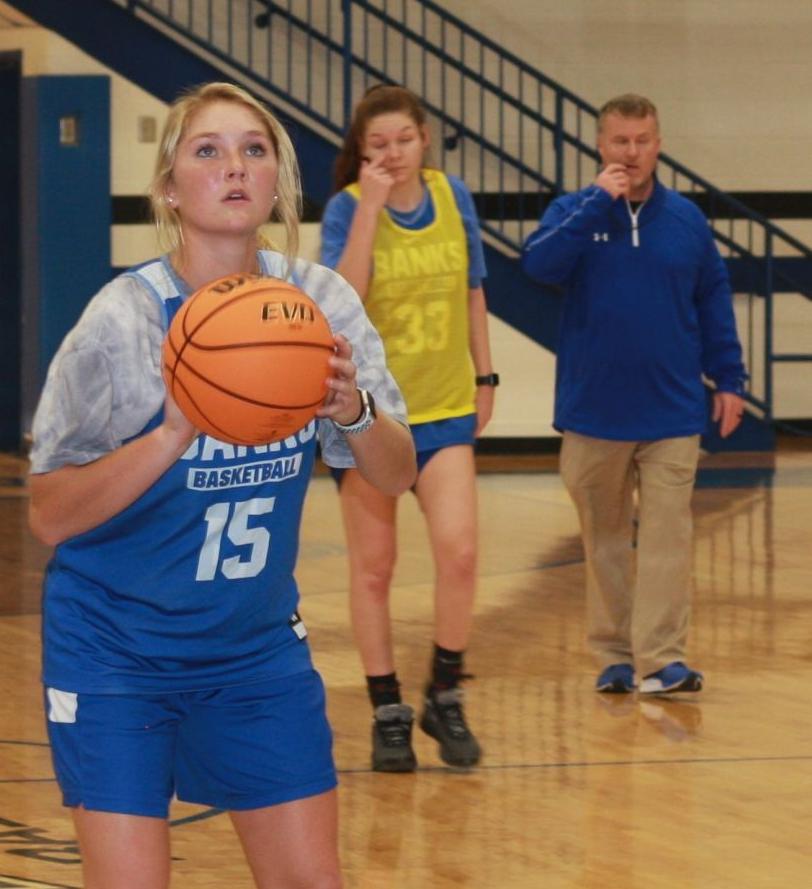 Coach Steve Shedd speaks to the girls basketball team after a recent practice.

Jacy Ayers drives in for a basket during a recent scrimmage practice.

Senior Hailey Seahorn will lead the Lady Leopards this season.

For the girl's basketball program, success has become part of its tradition. The team has seen repeat trips to state under the coaching of Steve Shedd, and it looks to be another successful season. The team has chosen the motto of "Respect All, Fear None" for this season.

Coach Shedd states that this season the team will focus on fundamentals and conditioning than they have in the past as they head into a demanding schedule.

"We want to play fast, aggressive, and physical throughout the entire game to hopefully wear our opponents down by the 4th quarter," he states.

He has several expectations for his team, and one of them is to win the region.

Shedd states, "I feel that all the teams are about as equal as they have ever been. Our schedule is going to be pretty tough again this season, and that's really the way we like it. We always feel like we are battle-tested by the time we get into our region schedule. We are playing in several showcase games and tournaments against teams in higher classifications. I could also see us possibly playing 5 or more ranked teams this season, so we will have our work cut out for us. As always, we look forward to those region games in January where we will have some great rivalries.

He adds, "I think we will be a faster team this year, and our plans are to use that speed on the offensive and defensive ends of the court this season."

He also has the expectations that his team will grow as a family, establish team culture, and learn to enjoy every moment."

Since COVID put a stop to summer activities that included games, practices and team bonding activites, Shedd feels this is a great opportunity for his players to appreciate the game and each other.

"This season is an excellent opportunity to showcase that," he said.

Several key returning players will help the team meet those expectations, including: Jenna Reeves (senior, a returning starter, highest scorer); Hailey Seahorn (senior, a returning starter, leadership on and off the court); and Kamryn Grier and Jacy Ayers (both freshmen with breakout seasons last year). He also is excited about several freshmen who will see some varsity time, such as Addison Hoard and Carley Segars. He expects this to also be breakout years for the two of them. He believes that he has many other players that will also perform well.

When reflecting on past moments, Shedd shared that he has had some great memories as head coach.

"Beating defeated #2 ranked Rabun on their senior night back in 2017, winning region championship and hosting Laney in the Elite 8 back in 2018 was an awesome experience because the gym was so packed and loud," the coach said "That game was like a college atmosphere."

He adds seeing Allison Smith, Jaycie Bowen, and Heather Vaughan get their 1000 points were unforgettable moments. Last season, coming into the region tournament as the 5th seed and upsetting Elbert and Rabun to get to the Region championship was another great memory.

Shedd and his coaching staff, assistant coach Tony Bowen, and JV Coaches, Natasha Hoard and Amanda Grier, are exceptionally grateful to the community for their continued support.

The Lady Leopards will start their season this week as they face Hart County and White County.