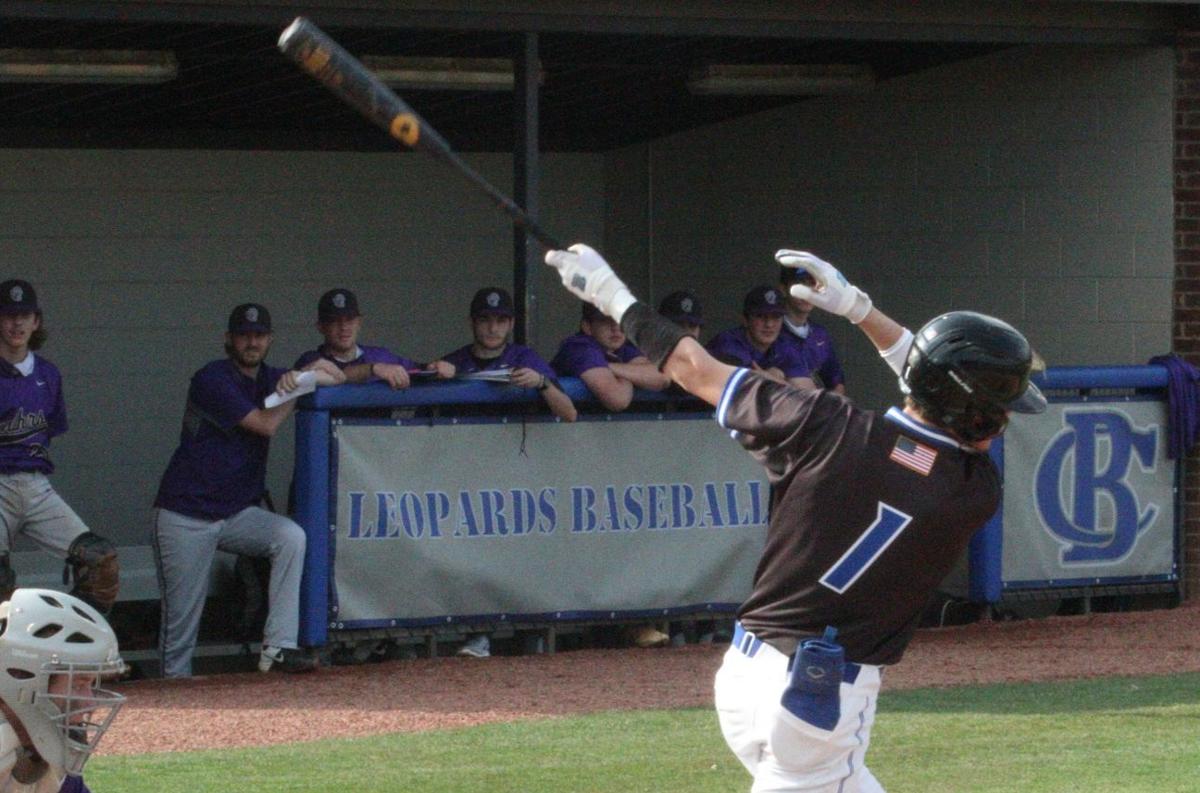 Ty Burchett, a recent Chattanooga State commit, is shown at the plate for the Leopards. 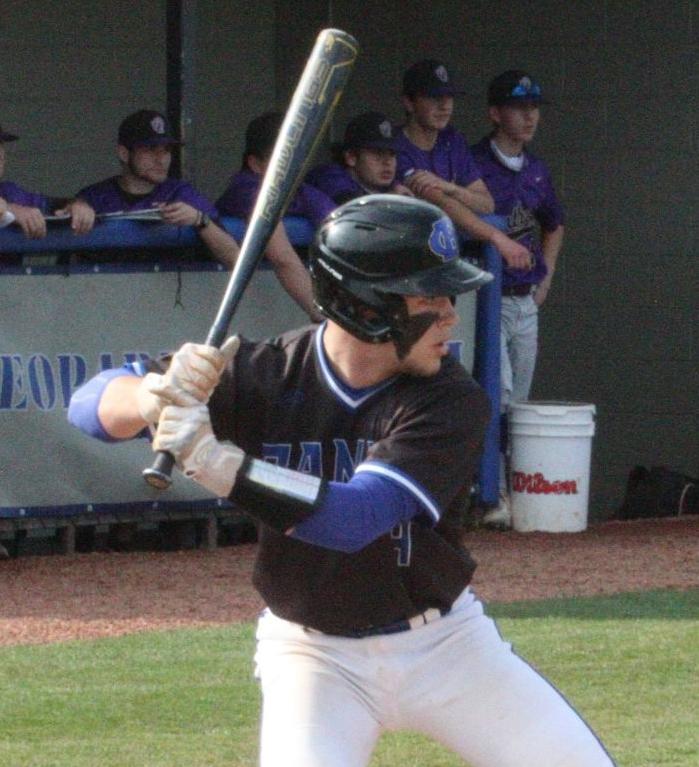 Cade Herrin shown at the plate for the Leopards. 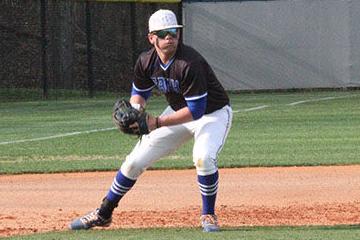 Cam Davis at third base, fields ball and throws runner out at first. 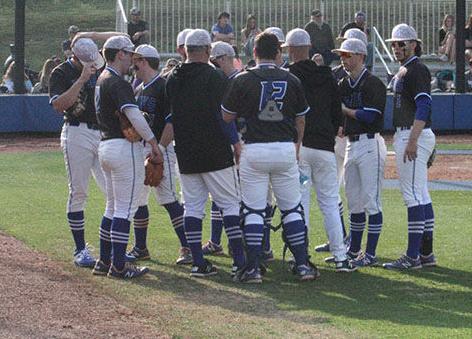 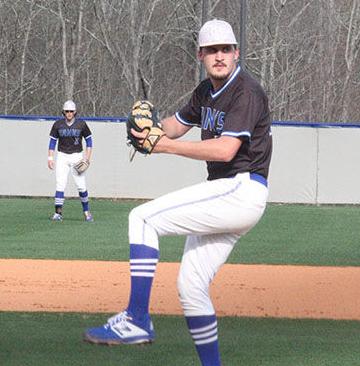 Georgia Southern commit, Tripp Williams, is shown on the mound for the Leopards. 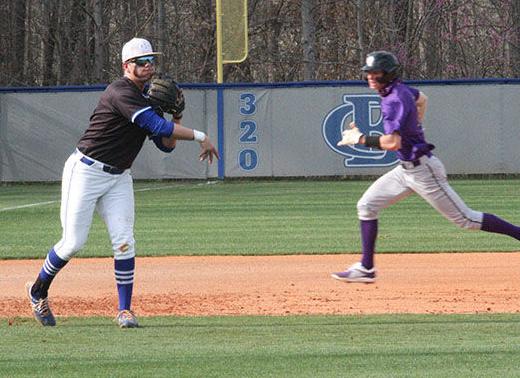 Nolan Hill hold runner at first during the home game against Union County this past Friday night.

Ty Burchett, a recent Chattanooga State commit, is shown at the plate for the Leopards.

Cade Herrin shown at the plate for the Leopards.

Cam Davis at third base, fields ball and throws runner out at first.

Georgia Southern commit, Tripp Williams, is shown on the mound for the Leopards.

Nolan Hill hold runner at first during the home game against Union County this past Friday night.

The Banks County High School Leopards wasted no time setting the tone against Union in the game series match-up this past week. The team had a total of 28 runs scored against the Panthers.

Wyatt Whitfield led the Leopards during game one going three for three with three singles. Jonathon Moon went two for three, including a stolen base. Ty Burchett went two for four with a double. Tripp Williams was one for one with a triple on a first pitch.

Cade Herrin went one for four with a double on a 0-1 count, scoring a run. Cam Davis went one for two with a single for the Leopards.

"Our kids were resilient tonight; they fought through a lot of adversity to compete," coach Peyton Hart said. "It's fun to see them come together and rally behind one another. We are excited for Friday and know that each game is important but that we have to take it one pitch at a time. Nolan Hill did an outstanding job again, and Cam Davis slammed Union's door the previous night. It was a great night to be a Leopard."

The Leopards proved to be no match-up for the Panthers in game two of the series.

On the mound, Williams got the start and went six innings. He gave up three hits and had an incredible ten strikeouts.

Kyler Stancil came in to relieve and closed out the game and gave up zero runs to maintain the lead.

It was another strong outing for the Leopards, as they tallied twelve runs on thirteen hits against the Panthers.

The Leopards had a combined total of twelve stolen bases, with Burchett and Moon leading the way with three each.

The coaching staff states they are incredibly proud of the team. From putting themselves into a position to contend for the region title, it has guaranteed a number two seed for the team, which means that the team will host the first round of the playoffs.

Coach Hart commented that the team credits success to many aspects, including the pitching.

"Our pitching staff is talented," Hart said. "We have a stable of really good arms, and they all bring something different to the table. Our pitching coach, Dylan Charles, does a phenomenal job. He analyzes and capitalizes off of each of our pitcher's strengths. Coach Charles helps them understand why we do the things that we do, and our program is very appreciative of what he does for our players. He deserves all of the credit for our pitchers and their performance."

Hart also credits this year's success to his team's ability to stay loose and playing in the moment.

"It's helped us to really gel and come together and play together," he said. "We've been down big and came back, and we've been up big and won the game. These guys don't count themselves out at any moment. They are a tough group."

The team faces North Cobb Christian next and will face Elbert County later in the month. Until then, the team will continue pursuing the region championship as it heads into the last part of region play.