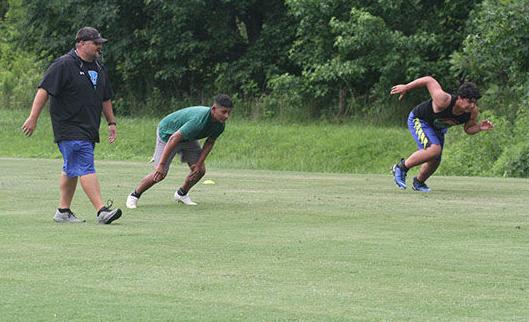 Assistant Coach James Dye works with players during a strength and agility workout. 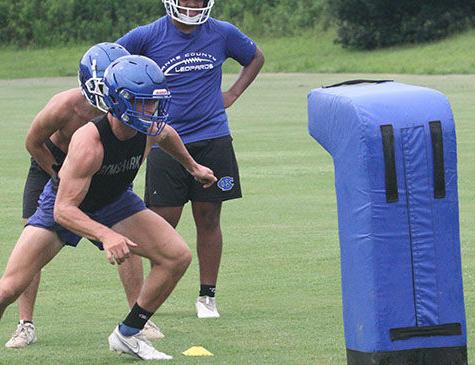 Players take a break during a recent summer workout practice. 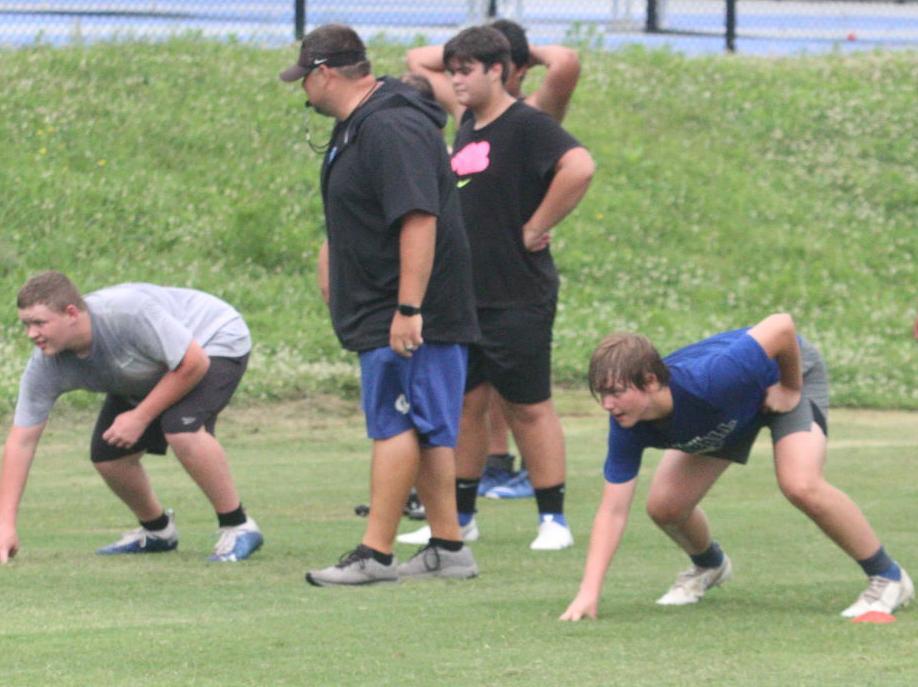 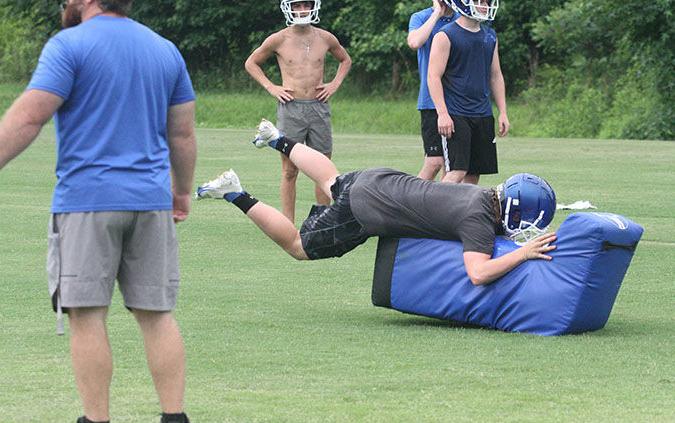 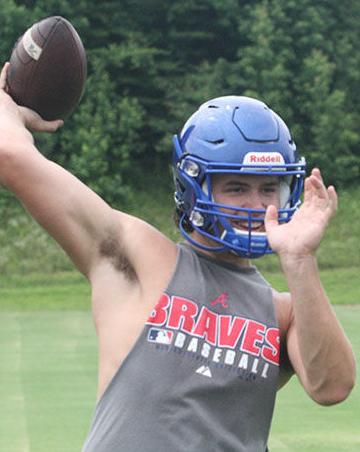 Senior Bowen Roberts shows off his throwing skills during a recent summer practice.

Assistant Coach James Dye works with players during a strength and agility workout.

Players take a break during a recent summer workout practice.

Senior Bowen Roberts shows off his throwing skills during a recent summer practice.

There is no offseason for the Banks County Leopard football program as players and coaches have worked all summer in anticipation of the fall season. Players have worked on speed, agility, drills and practices to ensure their program enters the season in top form.

Players have participated in four workouts per week, in addition to modified football practice. Coach Jay Reid stated that players have shown up and “worked their tails off” every day.

“I think they understand how important it is for them to work at their craft (football) and use every opportunity they have," the coach said.

He adds that his players, no matter how tired they are, always find a way to show effort.

The program has seen about 50 participants this summer, which is a substantial number for this quality program. The goal of summer, according to Reid, is for players to condition, but most importantly, improve at their position and as a team.

Reid believes that the summer practices have met that goal.

“Almost our entire offensive and defensive line is complete, and I think the boys have a good understanding of what our team will look like next fall,” he adds.

Reid also added that the lineman has shown tremendous improvement this summer. However, what he is most impressed with is the leadership of his team.

“We have several veteran players that have stepped up, and I think that is going to allow our team to remain positive and reach a different level," he said.

The team will also shift gears and participate in community outreach activities, such as the kick-off parade and team bonding activities.

“The thing about football is that the game itself, and all of the time, allows our players to bond, is natural for our boys," he said.

The program will continue its practices throughout the summer and transition to full gear practice according to GHSA rules by the end of the summer.