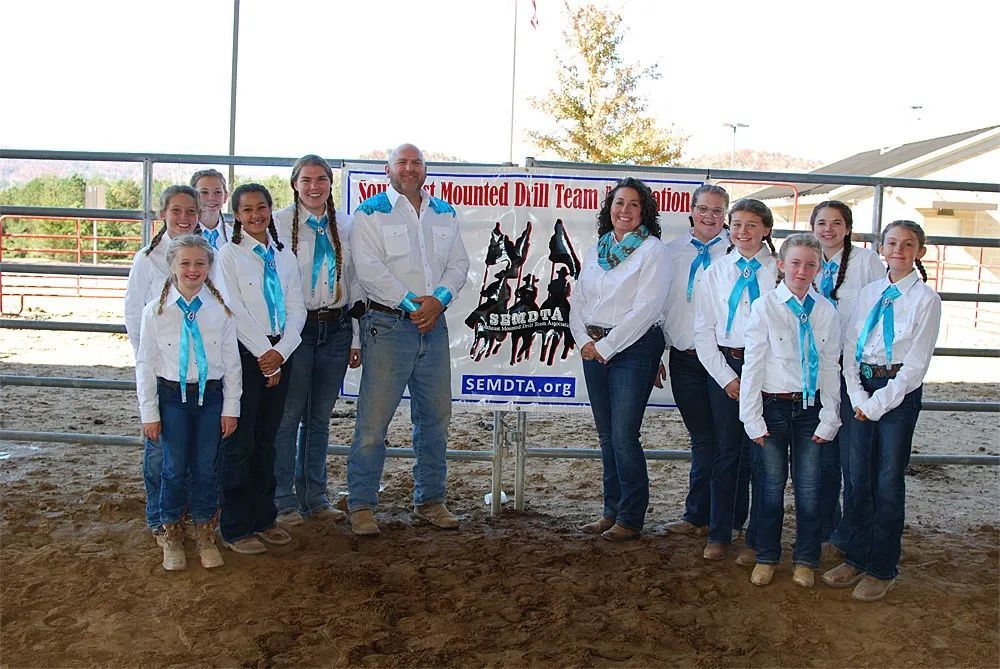 The Cowboys & Angels, Madison County 4-H Equestrian Drill Team, competed in the Southeast Mounted Drill Team Association’s (SEMDTA) second competition of the year at Rabun Arena in Tiger Nov. 15-17. The two-time national champions took with them 10 new members of a newly created “Green team” that competed for the first time.

There was much excitement and anticipation for the weekend’s events.

“Five years ago, the team had its first green team entry into competition and hasn’t stopped since,” team leaders said. “Bringing the love of the sport and teamwork to the future of Cowboys & Angels brought a tear to long time coaches’ eyes as the new team entered the arena for the first time. Drill team takes much work, time, preparation and hours from many with young riders and horses to consider. The veteran team knows all too well what goes into the making of a competitive team and took this chance to pass on their wisdom to the youngsters. With the success of the Cowboys & Angels, riders from all around are wanting in on the action and are making the drive to participate in the well-established group.”

“You never know what will happen with 1,000 pound athletes as your teammates and how you deal with unforeseen circumstances makes you all the better rider and team,” team leaders said. “Horses act up, costumes and tack malfunction and feelings get hurt, but fighting through and finishing the drill are what makes the heart of this team of hardworking students and coaches who they are and what they bring to the sport of Equestrian Drill Team. Sponsors and volunteers help support this team and push it into the future of Madison County Champions. There is not enough gratitude.”

There are three more competitions for the Cowboys & Angels drill team: