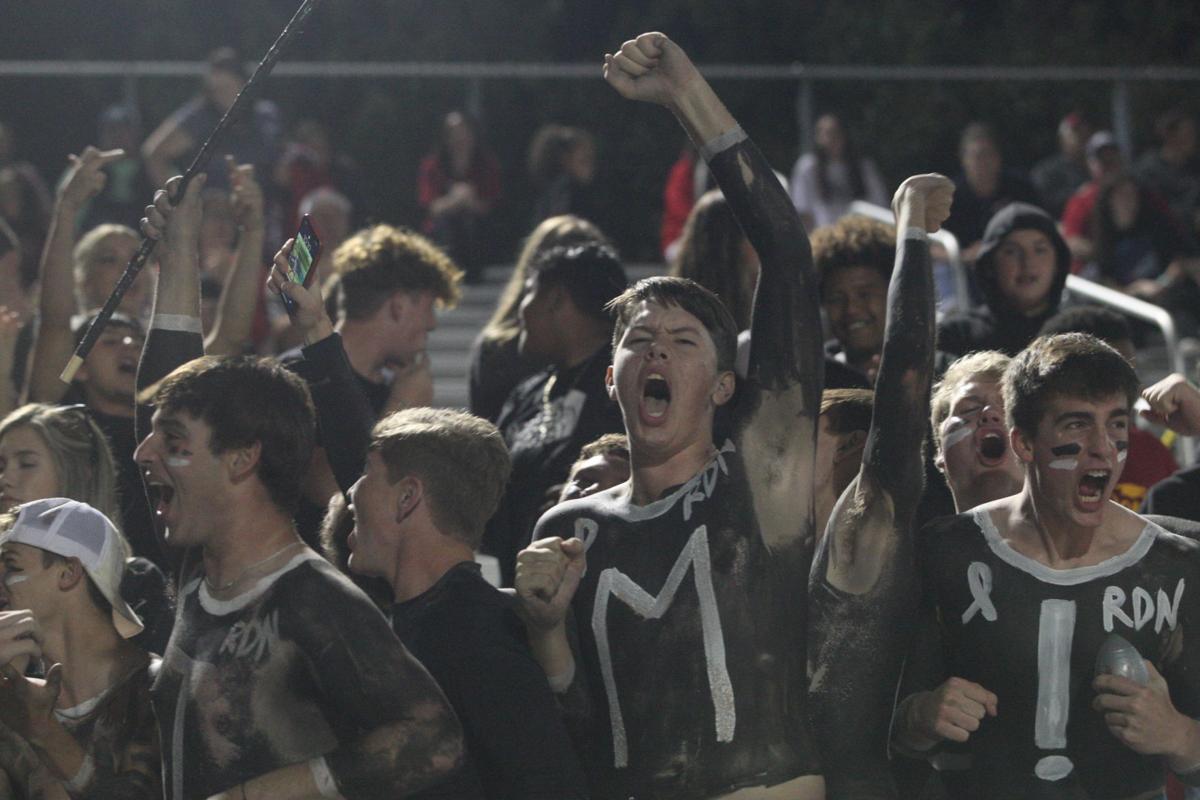 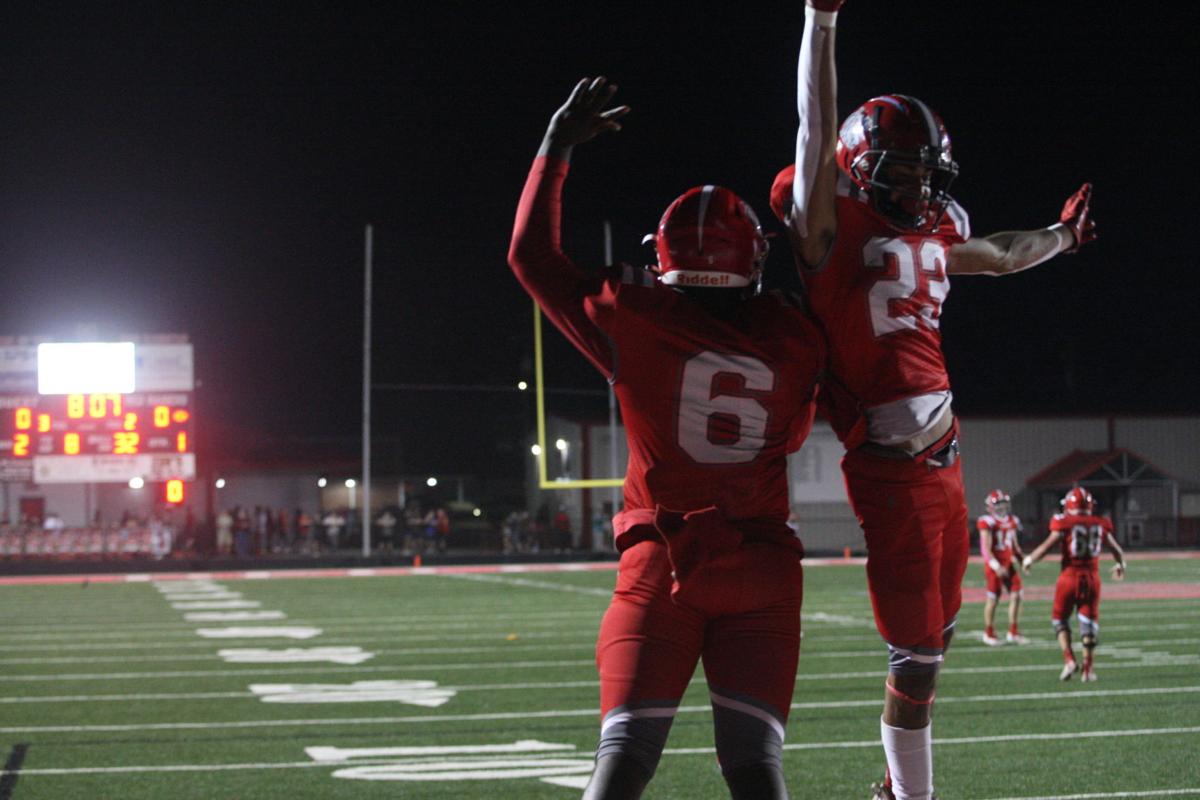 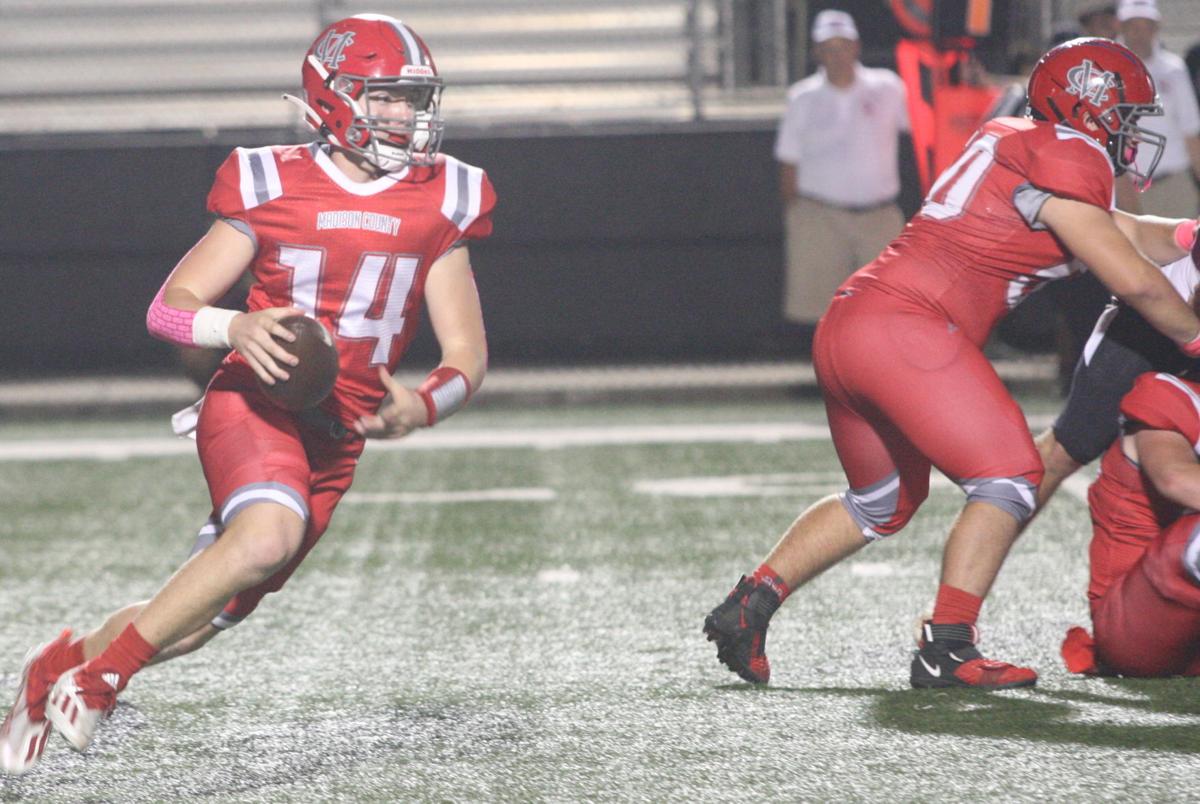 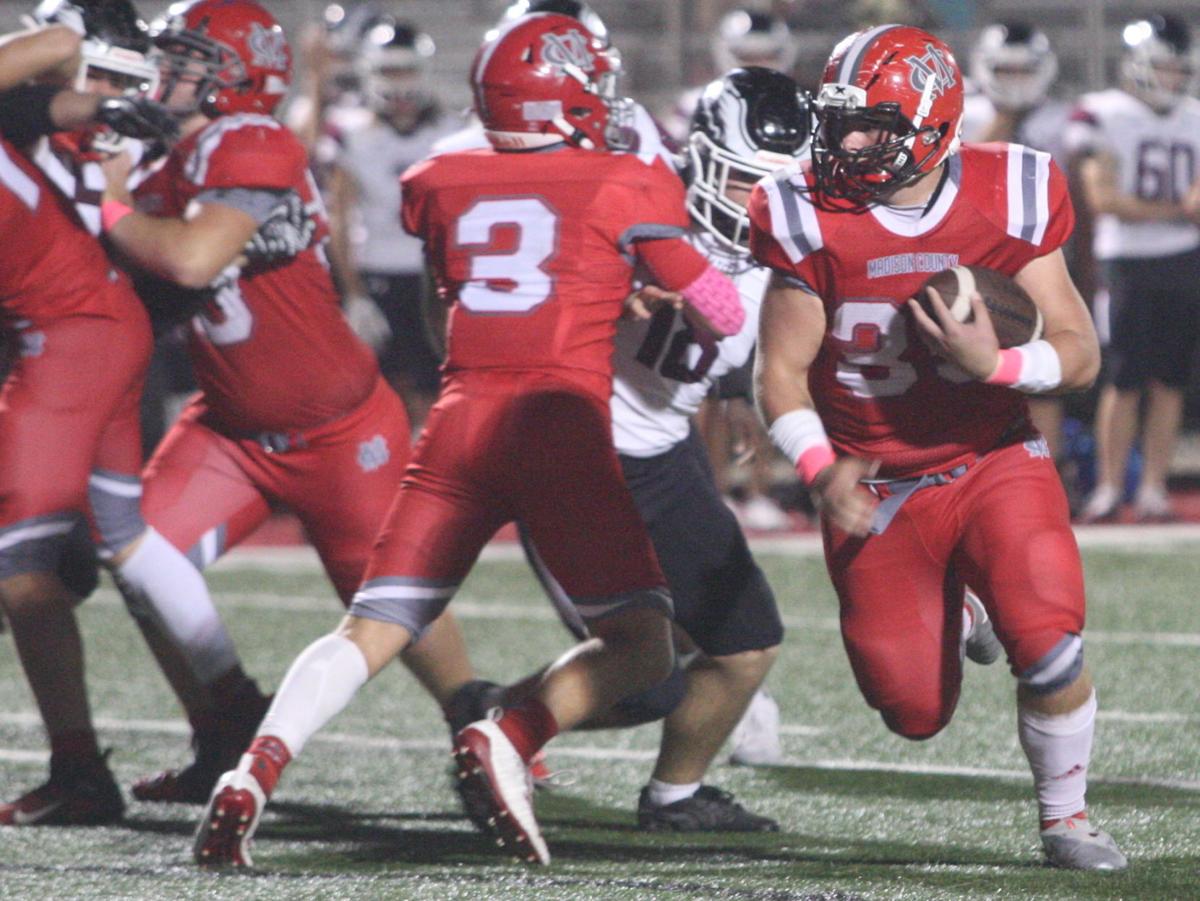 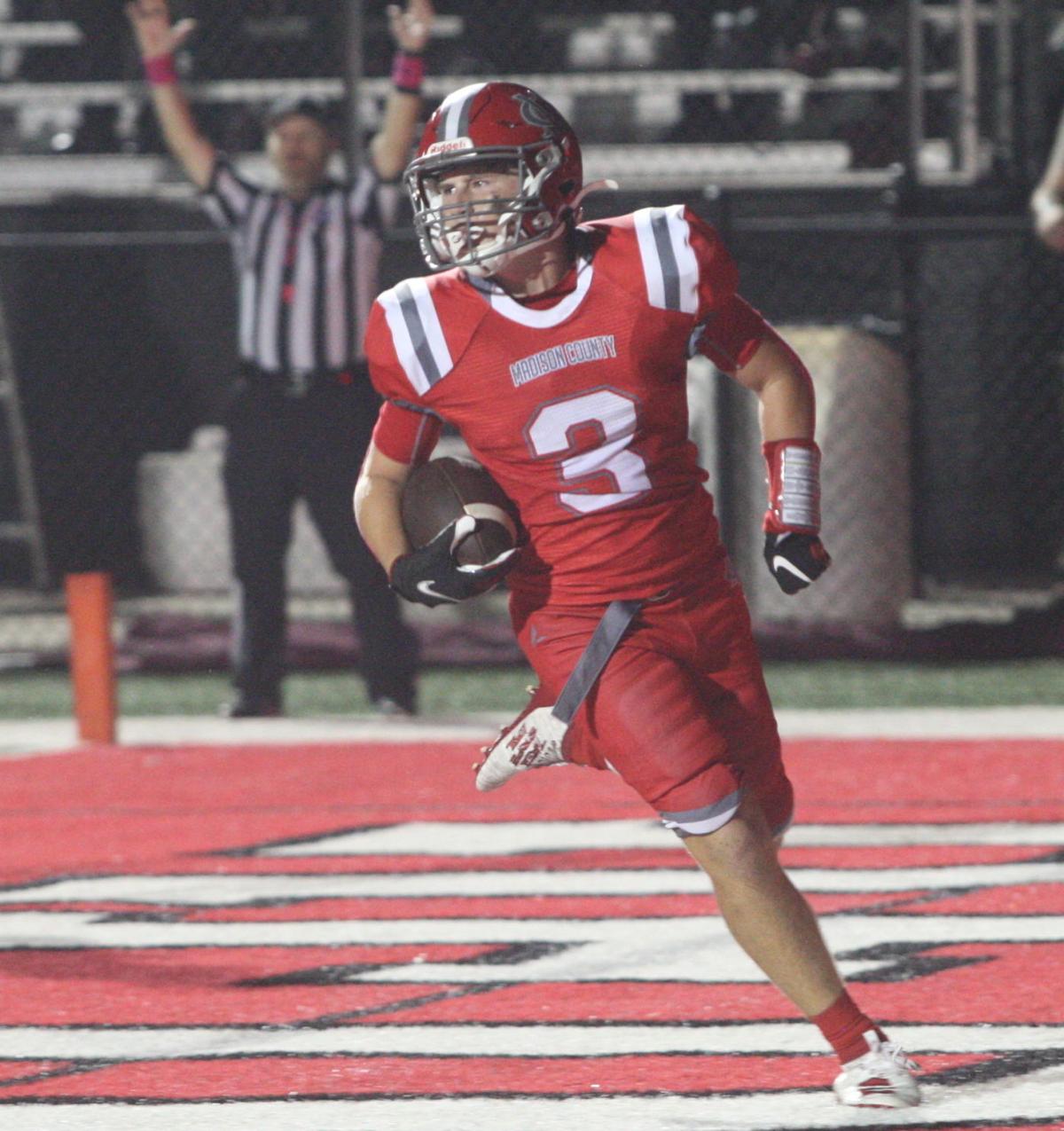 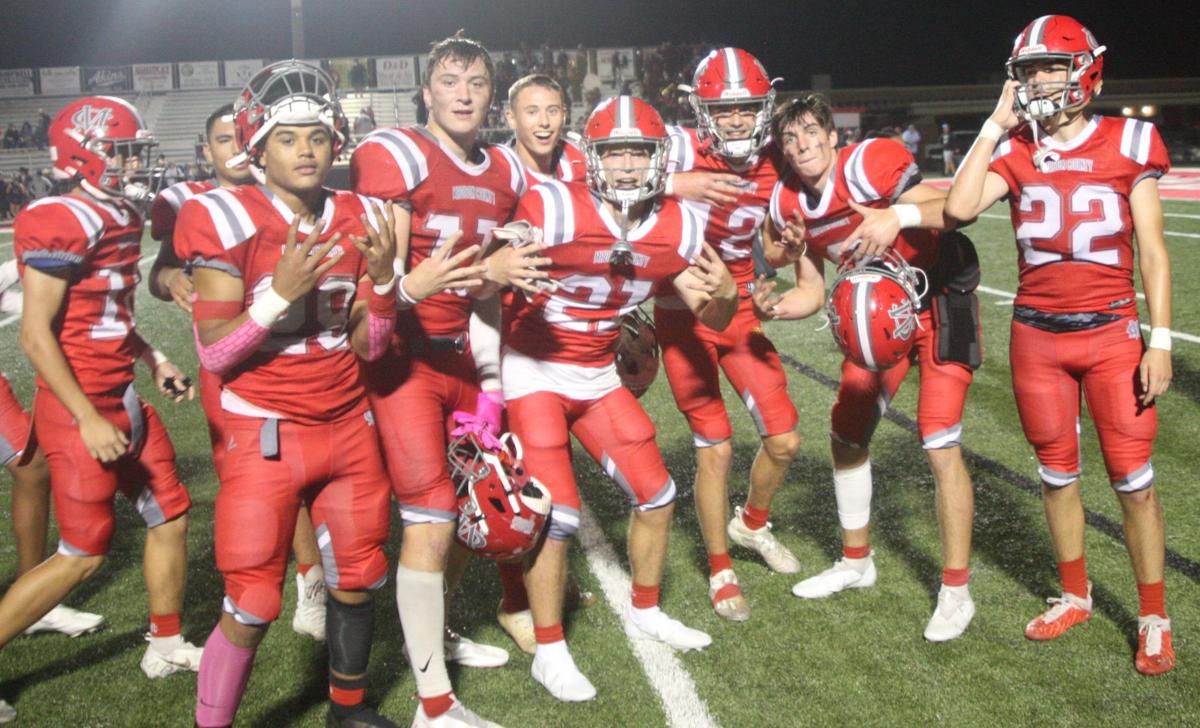 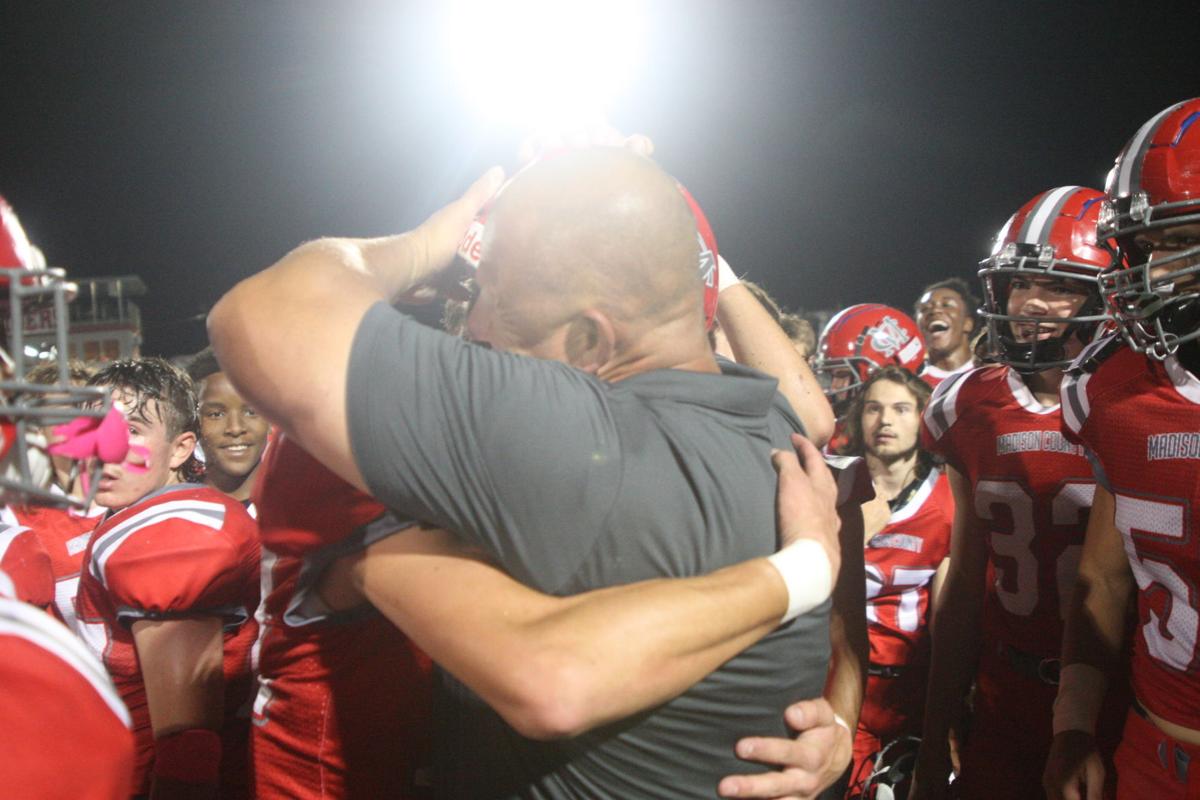 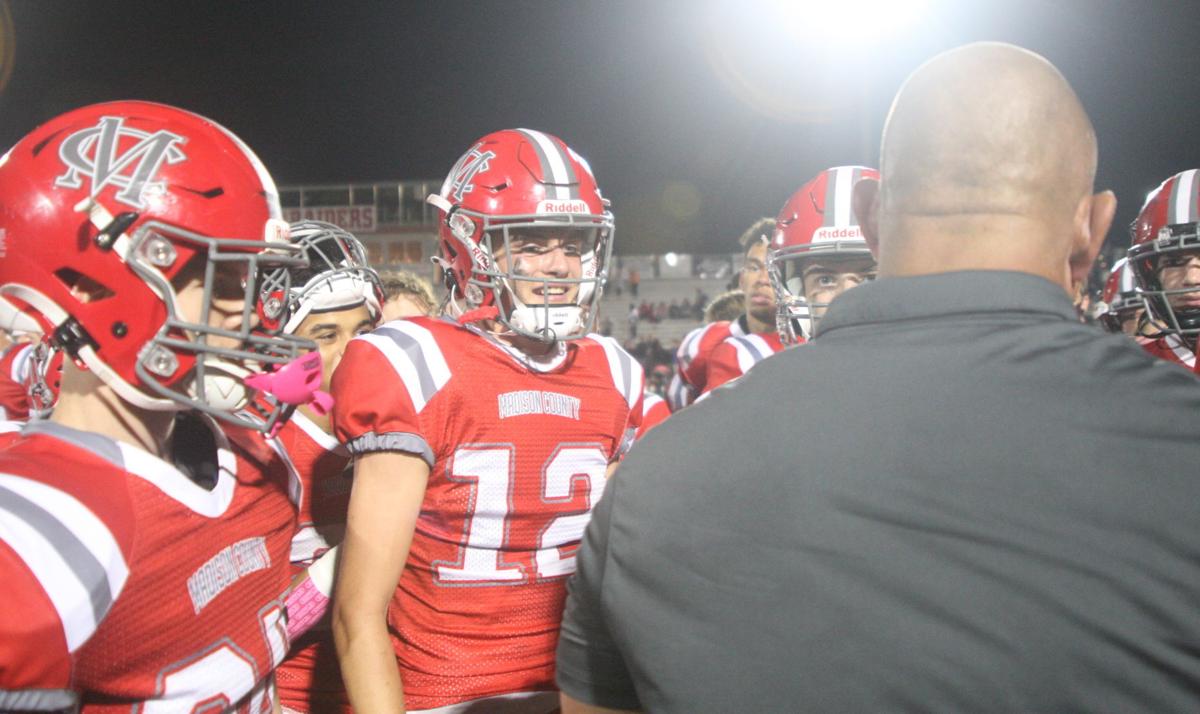 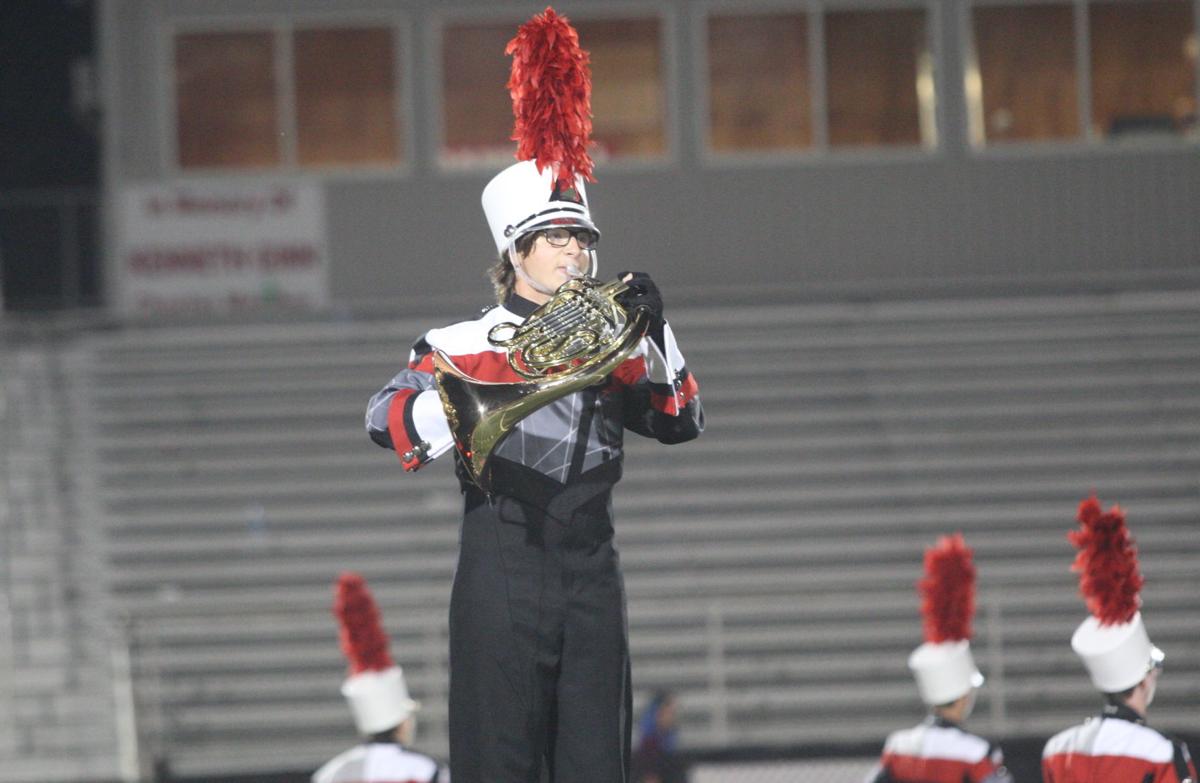 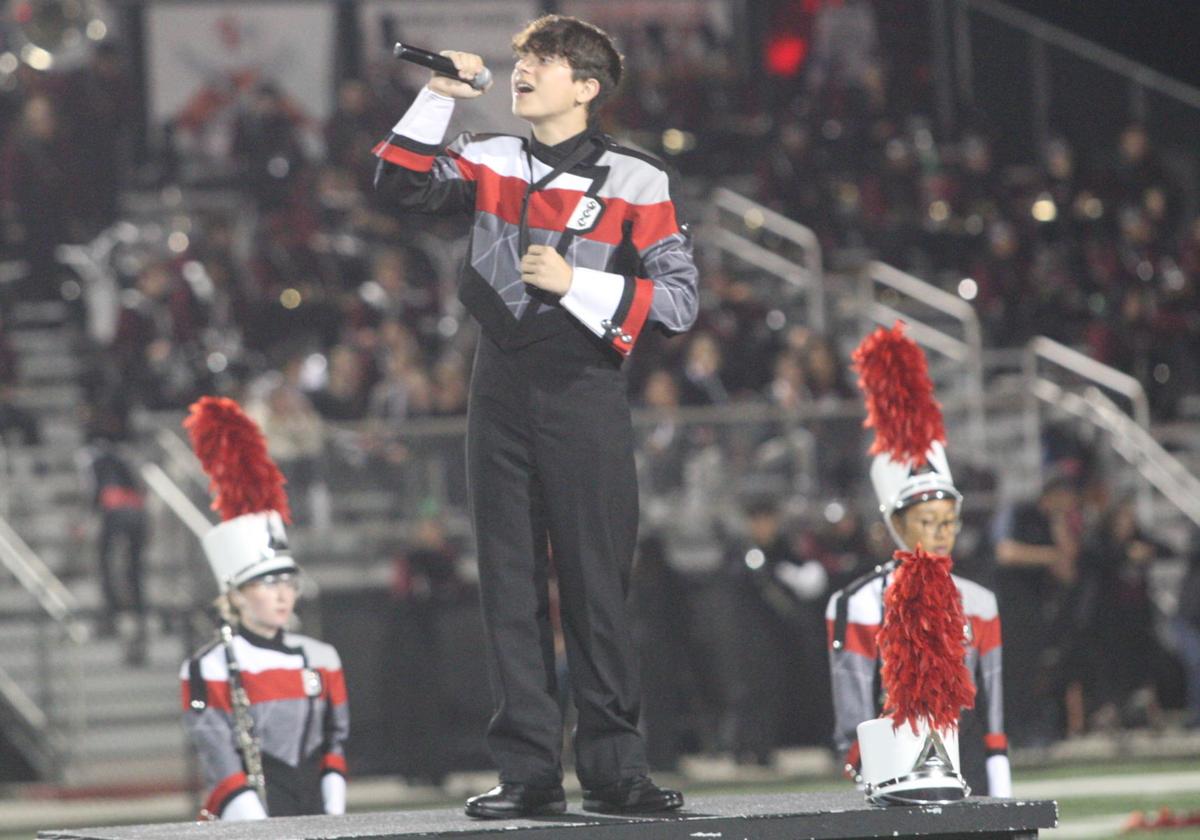 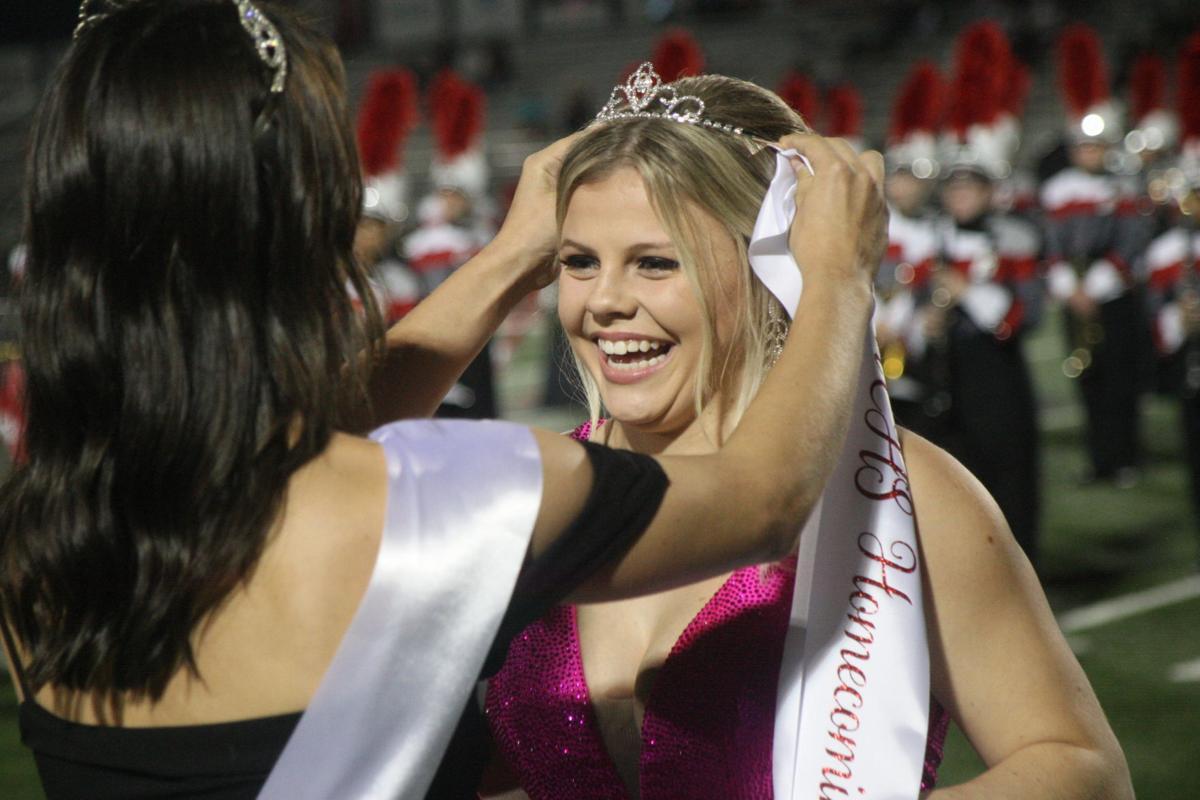 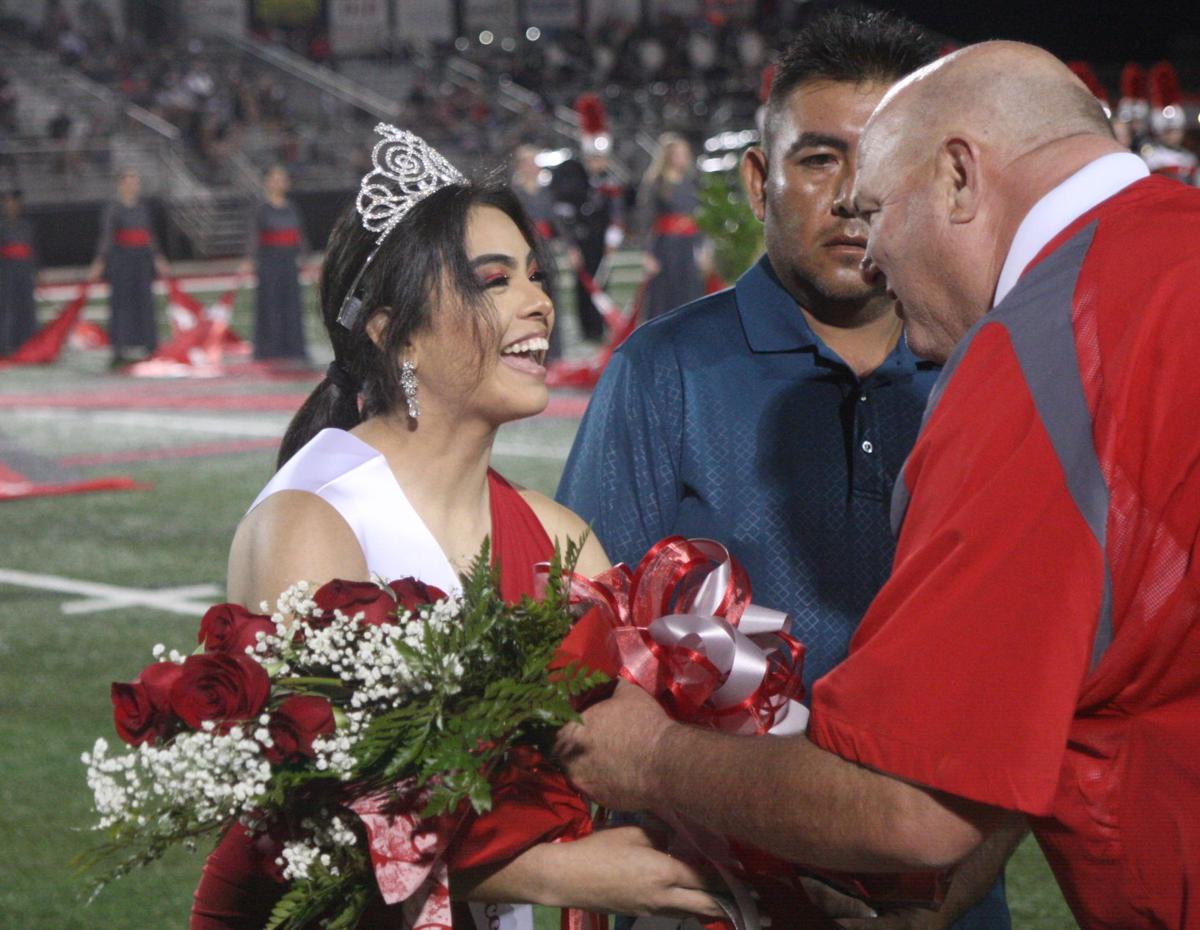 McClure was chased by a pack of teammates after the Red Raiders’ dramatic 24-21 Homecoming win over Chestatee Friday. He twisted and turned as the gridiron turned to playground. They got him. And the ice water soaked him.

“Pretty cold!” said McClure, still out of breath from the chase. “Got ice down my back.”

The ball sailed through the uprights, and the celebration was truly on after Casen Duggins picked off a deflected Chestatee pass for a game-sealing interception, setting up the Red Raider victory formation.

“It’s a situation you dream about as a kid,” said McClure. “I’m just thankful for God to be able to put me in that situation. I’m thankful for this team. They fought hard all night. And it’s just a great win.”

But a Red Raider victory was in doubt the entire night as the home squad was hit with injuries, penalties and game-changing calls on close plays that would have gotten “the previous play is under review” on Saturdays and Sundays, but not on Fridays.

Zahmerius Shiflet, who rumbled for a 32-yard first-quarter touchdown that was wiped out by a penalty, fumbled as he crossed the goal line with 3:54 to go in the third quarter and the Red Raiders down 21-14. The play resulted in a touchback for Chestatee. Red Raider players and coaches thought Shiflet scored before losing possession, and the referees’ flags flew against Madison County, moving the ball all the way to the Red Raider 35.

But the Red Raider defense stiffened, not allowing a point the rest of the night.

“I was very proud of the way our defense played and stepped up,” said Red Raider head coach Chris Smith. “They got put in some bad situations and responded and held them out of the end zone.”

Madison County took possession at their own 40 with 7:18 to go in the game and down 21-14, quickly driving to the Chestatee 37, where Camden Smith showed no signs of a recent injury, taking an option pitch and racing to the house with 4:58 left.

“All my blockers, they got in front,” said Camden Smith. “And our hogs, they got it done up front and our other halfback, he kicked them out. I saw the hole and we were getting it done.”

The sophomore said his team has faced adversity a lot this year, but he said the offensive line rose to the challenge.

“We’ve had this before,” said Smith of the adversity. “It’s happened in almost every game. Our linemen kept getting it done and kept pounding it down their throat and we came out with a victory.”

Red Raider running back Ty Chappell was hurt on the scoring play. Trey Slayton, who scored Madison County’s second touchdown of the night on a 56-yard jaunt in the second quarter, also suffered an injury, along with Logan Selk, who caught chain-moving passes for the Red Raiders Friday.

Coach Smith said some younger guys will have to step up if they can’t go in upcoming games.

“Now we have starters injured,” he said. “JV season is over so we have some kids who are going to have to step up and give us some minutes and get on the field.”

Friday’s showdown included massive momentum changes, with the Red Raiders appearing to jump on top in the first on Shiflet’s 32-yard run that was wiped out by a penalty. Moments later, Chestatee punted from their own six-yard line after the Red Raiders forced a three-and-out. Referees said the short, but moon-high punt hit a Red Raider foot, and Chestatee kept possession, quickly marching down the field and scoring on a 12-yard pass to go up 7-0.

Chestatee missed a field goal that would have put them up 10-0, and Madison County drove 80 yards in just 103 seconds, with a 28-yard run by quarterback Cooper Brown, a 33-yarder by Slayton, a nine-yard run by Shiflet and a six-yard scoring run by Brown to knot the score at seven with 10:24 to go in the second quarter.

The Red Raiders took the lead moments later, driving 82 yards in 65 seconds, with Zane Milz breaking free for a 26-yard gain and Slayton scoring on a 56-yard run, putting Madison County up 14-7 with 7:13 left before the half.

The Red Raiders scored the final 10 points of the game to win, on Smith’s run and McClure’s game-winning kick.

“Bottom line, our kids responded when their backs were against the wall and we had some adversity,” said Coach Smith. “We tied the ballgame up and then we got ourselves in a position to win the ballgame and I’m very proud for our kicker Logan McClure knocking that thing through and getting the win for us.”

Smith noted that Drew Brown was called on to serve as the long snapper on the game-winning kick.

“He’s not our regular long snapper,” said Smith. “He’s coming off the bench and snapping right there, did a great job for us and very proud of him.”

Smith again praised the offensive line, a unit that has impressed him this season.

“Our O-line played their dang tails off for us tonight and did a great job for us again,” said Smith. “And then our defense, we stepped up and responded when we had to. We got a stop and then got the pick to seal the game.”