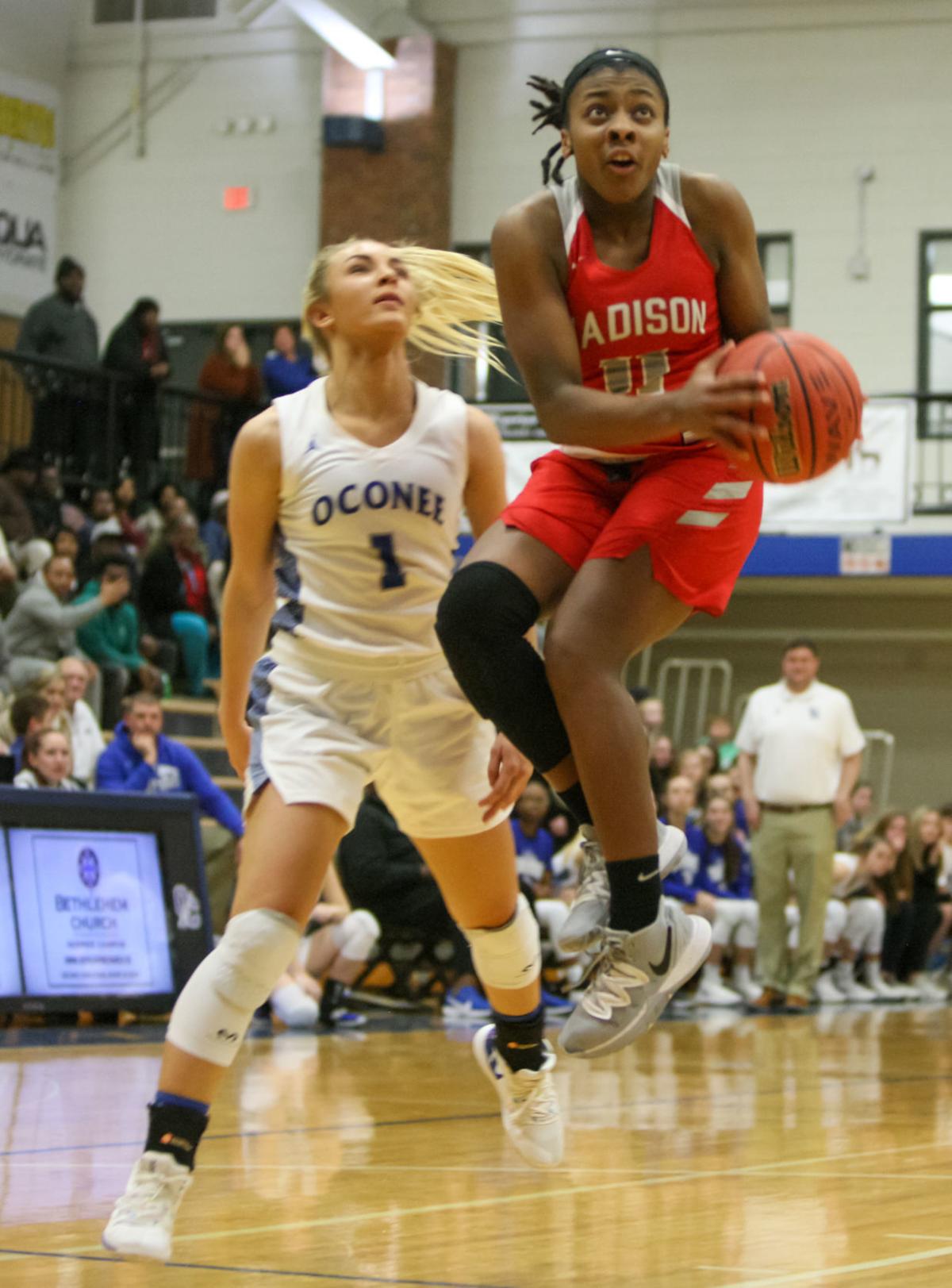 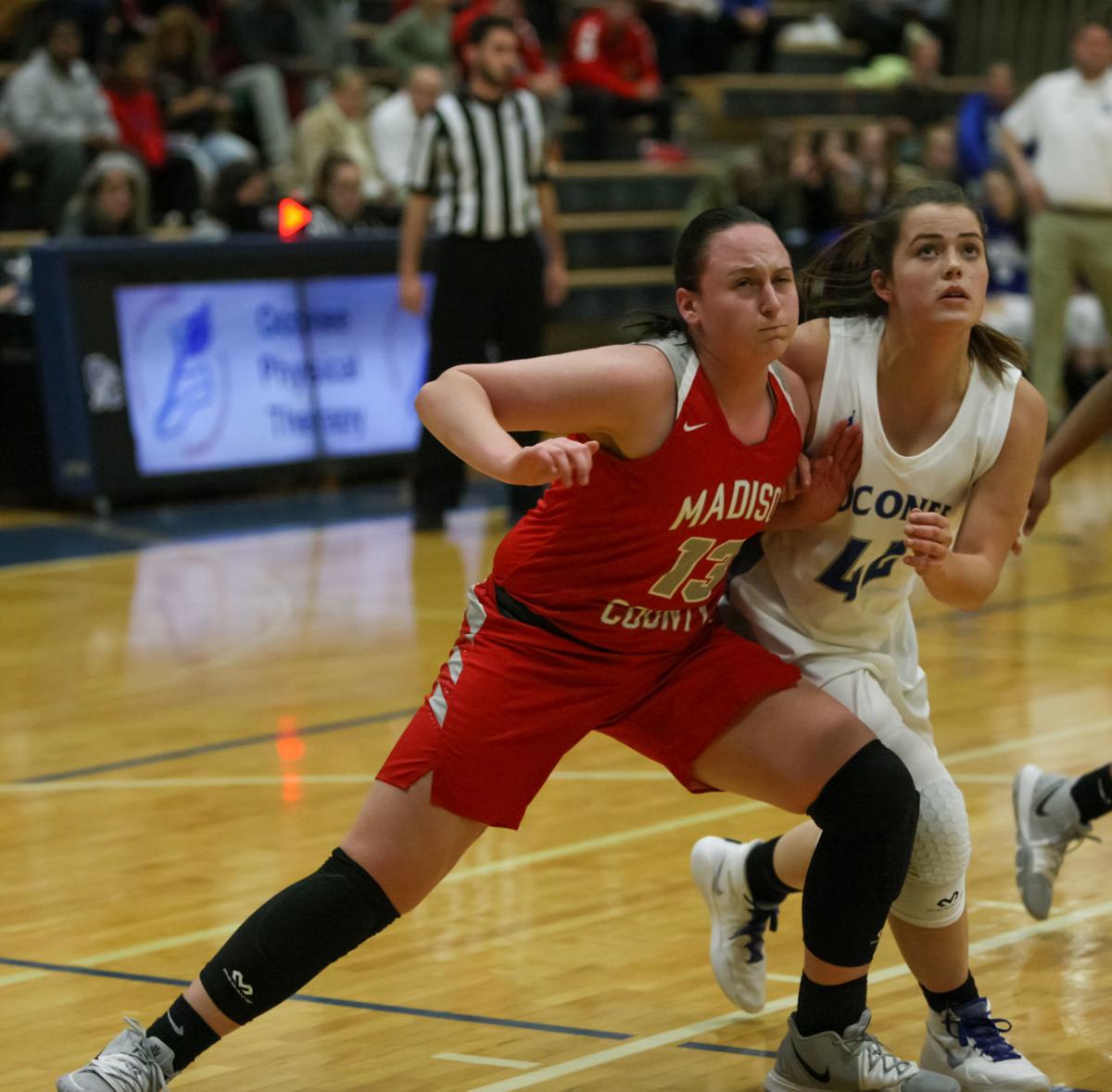 Caitlyn Arwood boxes out an Oconee County player for a rebound.

Caitlyn Arwood boxes out an Oconee County player for a rebound.

“It was all tempo, and it doesn’t help that we gave them seven offensive boards in the first 30 seconds of the game. You’re not going to win doing that,” said head coach Dan Lampe. “We were able to create tempo with our press. If we can create tempo, good things happen.”

The cloudburst of points started from an unlikely source, Tilayah Darden, who drained a three-pointer when Madison County (14-9, 4-2 Region 8-AAAA) trailed the Warriors 18-9 early in the second quarter. Kayla McPherson, the typical eyewall of the Madison County offensive storm, took over from there by scoring 17 of the Red Raider’s next 20 points to give them a 32-24 halftime lead. McPherson ended the game with 42 points.

Oconee County (8-14, 2-4 Region 8-AAAA) never found shelter from the storm. Its timeout trailing 36-24 did little to ease Madison County’s offense. McPherson found Tiffany Wilson down low and Caitlyn Arwood in the corner for five quick points after the timeout. Wilson ended the game with 10 points and Arwood had seven.

The run continued until a short jump shot and a free throw by the Warriors cut the score to 47-34 late in the third quarter, but the downpour had only subsided for a moment. Kyrsten Watts laid in a shot before McPherson stole an inbounds pass and dropped in a layup before the buzzer. Madison County led 51-34 after three quarters.

When the Red Raiders finally let up by taking starters out of the game, they held a 62-41 lead. By the final whistle, the score had percolated into a 70-45 region win for Madison County.

Madison County can credit its win to its aggressive press designed for Oconee County which created two 10-second violations and several turnovers in transition.

“We did some new stuff and it was good that it worked here,” Lampe said. “I thought our defense did well, I thought even in the half court we did well. They really love getting the ball to the high post, so we worked on that. They didn’t have a lot to go to other than that.”

The win gives Madison County a tie-breaker over Oconee County in the Region 8-AAAA standings, the Red Raiders travel to North Oconee Friday night seeking a tie-breaker over the Titans which would guarantee them a spot in the AAAA State Playoffs.