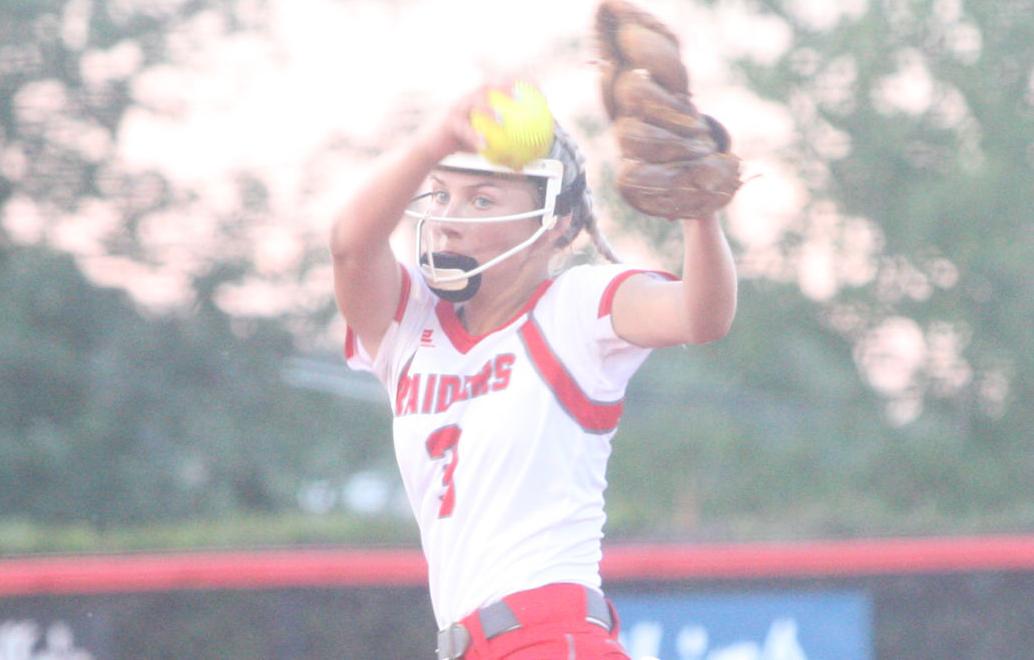 Senior Emma Strickland was the winning pitcher in the season opener against Lumpkin County Aug. 6. 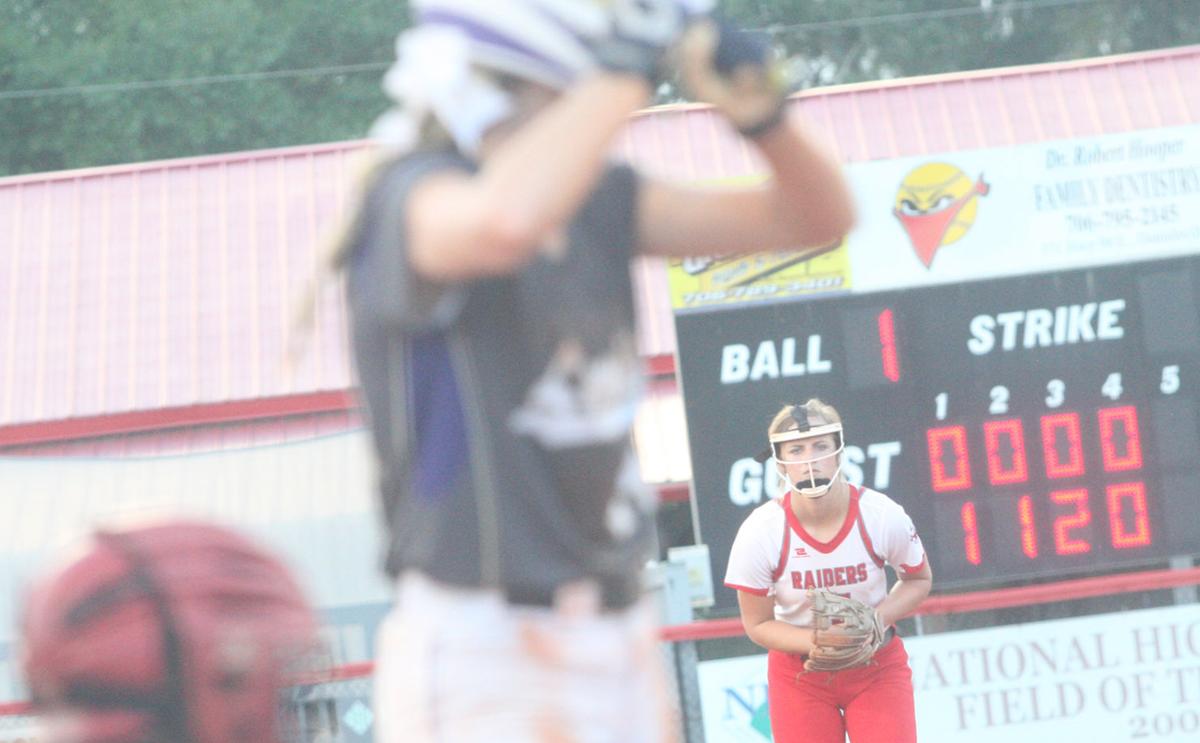 Ella Chancey mans the hot corner for the Raiders Aug. 6.

Senior Emma Strickland was the winning pitcher in the season opener against Lumpkin County Aug. 6.

Ella Chancey mans the hot corner for the Raiders Aug. 6.

Madison County head softball coach Ken Morgan says he has a special group of seniors on his 2020 team. He’s hoping they get their chance at one more run to Columbus. But there’s a lot of uncertainty in the way — and, of course, it relates to far more than clutch hitting.

“Lord willing if we get to play and they get to Columbus, then that will be four years of getting to Columbus,” said Morgan. “They (the seniors) are very special and several of them have been four-year starters and are good kids. It’s tough to look ahead and think this class might not get to play a full season with all this.”

But the coach said the girls haven’t let the uncertainty about coronavirus affect their attitudes or their play on the field. The team opened its season in fine form, blanking Lumpkin County, 7-0, Aug. 6.

“It was exciting to get on the field,” said Morgan. “We didn’t have any scrimmage games and haven’t had any summer games. So getting out there that first time against Lumpkin was good to get out there and play somebody else. You could see the nervousness in the players. Even Coach (Matt) Boggs said he woke up that morning and was having butterflies he was so excited. It was fun.”

The coach said preparing for the 2020 season has been a challenge with tryouts not held until the end of July and no summer games. But he said his players have been focused.

“The last couple of weeks, it’s been good to get on the field and see them more,” he said. “We have a good group of girls and it makes it easier on me. They’re very talented and we’re excited about the season.”

He said the team’s aim is to win another region title and travel to Columbus. But the season hinges of the coronavirus outbreak and how well it’s contained. That remains to be seen.

“I don’t think they go out there everyday and worry about tomorrow,” he said. “I think the parents and coaches are more worried about it than them.”

Morgan said he received an email this week from the Georgia High School Association notifying him that all players and coaches must wear face masks in the dugout this year. Players on the field don’t have to wear a face mask. He also said the GHSA wants everyone to space out and have some of the players outside of the dugout.

This year will require a lot of adapting. But when it comes to softball, Morgan is optimistic about his team. He said the team is solid in the pitcher’s circle.

“We have everybody back,” he said. “We’re excited about our pitching staff. Emma is just as good as anybody in the state, then Claire and Lily Crane are backing her up. We have a couple of others that will help us out. You get an arm in the circle in softball and you have a great chance to win every game.”

Madison County has new region foes this year. And Morgan anticipates the Raiders’ toughest competition coming from East Hall, Jefferson and Flowery Branch. The Raiders are scheduled to face each region opponent three times. There will not be a region tournament.

Madison County got its first taste of action in the 2020 season Aug. 6 with a win over Lumpkin County, collecting nine hits and scoring one run in the first and second innings, two in the third and three in the sixth.

Freshman Sam Minish had a great Red Raider debut, going three-for-three, with a double and a triple, with two runs scored and one RBI. Others with hits were Ella Chancey, Claire Strickland,, Emma Strickland, Skylar Minish, Riley Smith and Riley Ernst. Lexi Jordan had two RBIs. Reagan Dobbs and Ernst both stole a base.

Pitching duties were split between Macey Echols, who struck out three; Emma Strickland who picked up the win; and Claire Strickland, who pitched two innings. Combined they allowed just four hits in seven innings.

“The girls responded well and played a good, clean ballgame,” said Morgan. “We had some big hits. Sam Minish is a good little ballplayer. She’s taken over in centerfield and leading off. She runs well and plays hard, swings the bat well. We’re really excited about what she brings to the table.”

Madison County played at George Walton Friday and led 4-1 when the game was called due to lightning after four innings, meaning it was incomplete. Morgan said he doesn’t know if it will be reschedule.

But the coach said he was please with his team’s performance against George Walton’s ace pitcher who bring the heat.

“George Walton has an excellent pitcher,” said Morgan. “She is ranked by some as the number one junior in the state as far as pitching. She’s up there 60-plus (mph). The first six batters, she struck out five of us. Then Skylar Minish got us going with a base hit. Rylee Smith laid down a bunt and got a hit. We got to second and third, nobody out. Then had an out and then four hits in a row at the top of the order. And it was 4-1 that inning. It was good for us to prove we could hit good pitching. That was a big confidence builder.”