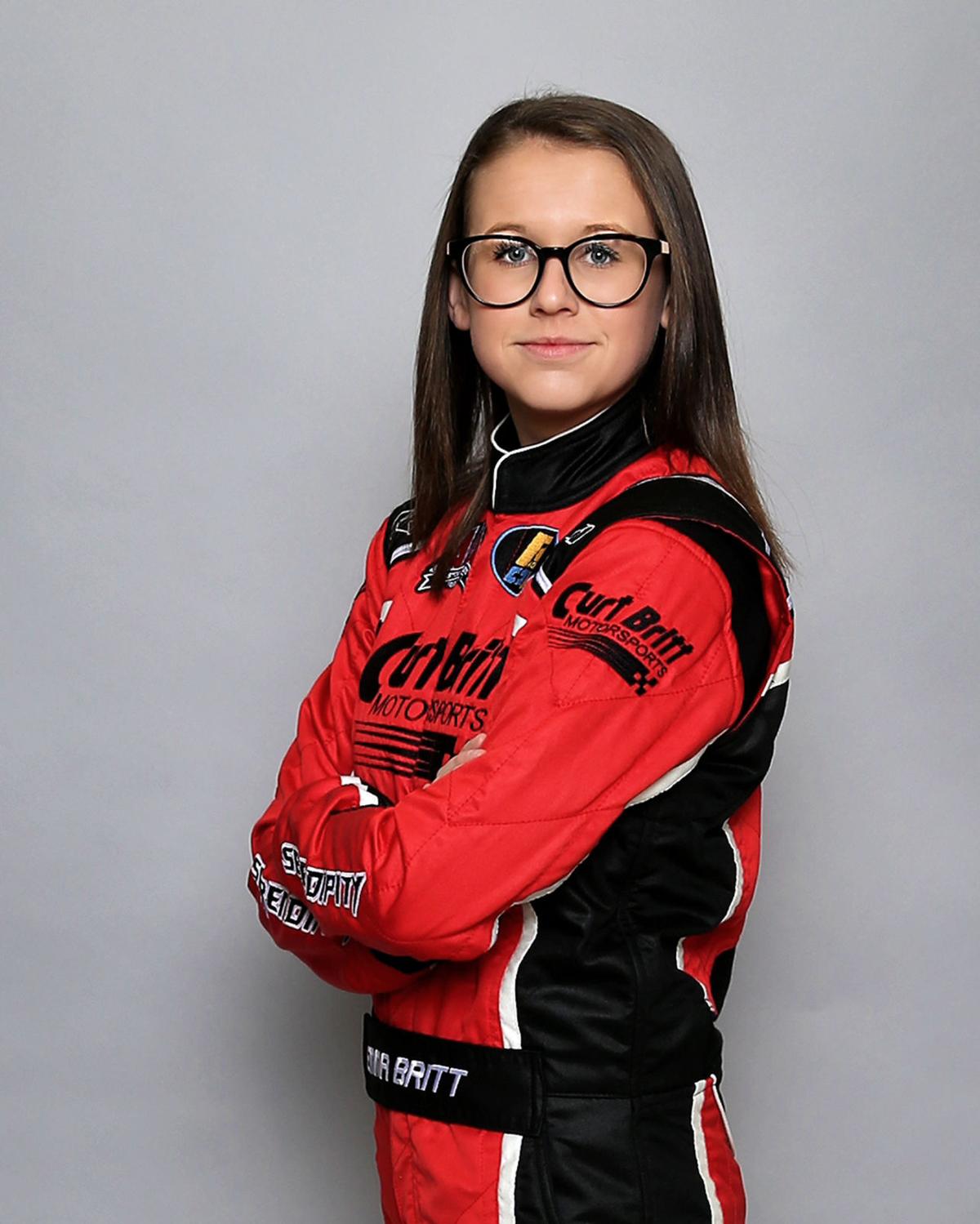 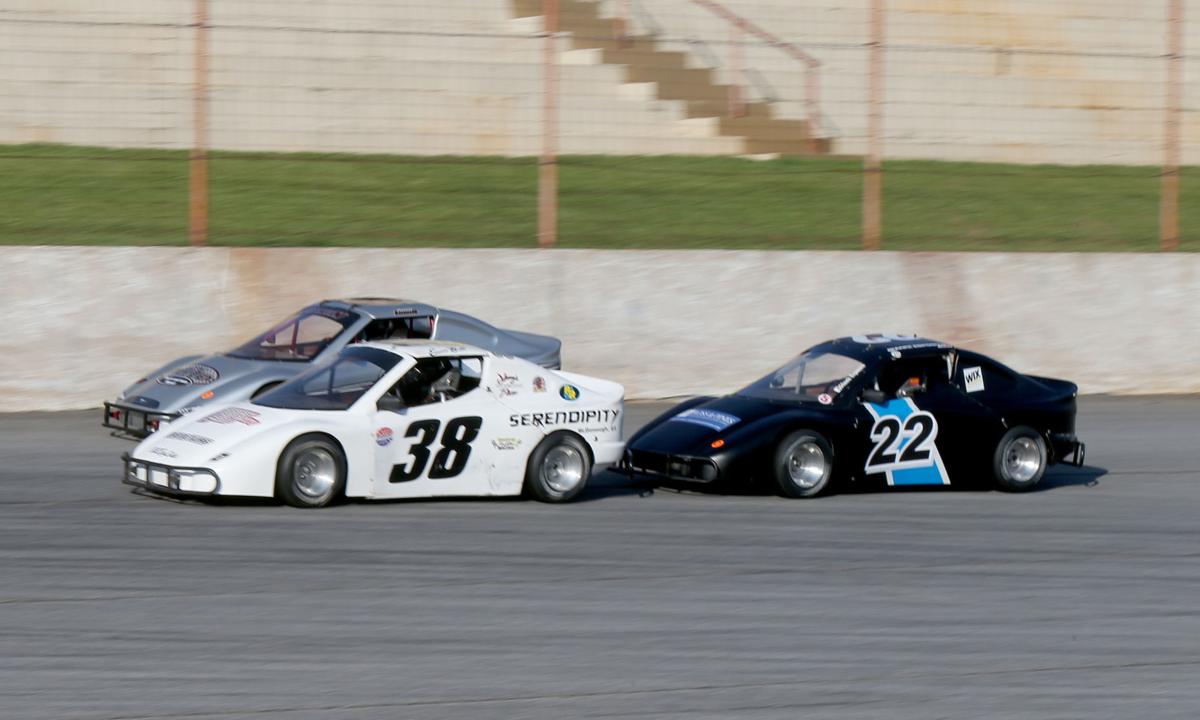 Emma Britt makes a pass on the inside lane heading into turn one at Lanier Raceplex. 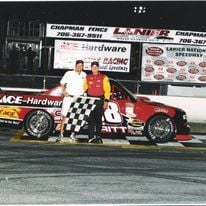 Emma Britt makes a pass on the inside lane heading into turn one at Lanier Raceplex.

Doug Stevens, a regular in Lanier's legends division in the late 1990s and early 2000s, is co-promoting the Lanier Speedway INEX Racing Series. Charles Head returns to the commentary booth he manned for many years, and Timmy Hutson is waving the flags while wearing the same Lanier National Speedway polo he wore in the flagstand over a decade ago.

Then there's Curt Britt, a four-time Lanier National Speedway track champion in the mini stocks and pro trucks divisions. You can find him hard at work in the pit area, but it's not his car he's working on. Instead, he's here to guide and support a rising star in the INEX bandolero classes; his own 14-year-old daughter Emma Britt.

Emma recently advanced to top division in bandolero's, the outlaw division. In fact, her first outlaw race was Wednesday, July 14, the Lanier Speedway INEX Racing Series season opener. She started last out of 11 cars, but she made a some passes, was competitive in the back of pack, and ultimately finished 10th place.

"It felt great," she said. "It's a really fun track and I'm glad I got to experience the fun track he raced on for much of his life. He taught me a lot about this track. He told me what line to run and everything about that. I made a few passes and I think I improved my driving skills. I think I ran pretty well for my first ever outlaw race.

"I'm glad everyone got to come back to this lovely track, I just love the people here."

Curt wished the result was a little better, but he kept everything in perspective and was proud and excited to see Emma race on the same track he notched thousands of laps on.

"It was really cool," he said. "I wish the result was a little bit better, but we have to start somewhere, we just moved up a class. Those guys have been running under these rules for longer than we have. We'll pick up speed in the coming weeks and hopefully be further up the pack. We brought the car back in one piece so that's a win in my book."

Emma and Lanier Raceplex have been on similar trajectories as of late. Racing returning to Lanier was once a pipe dream, the track was in disarray before being repaved for go-karts and drifting. Meanwhile, Emma had little interest in auto racing just a couple of years ago.

Then the Pro All-Stars Series decided to utilize the race track for its 2019 regular season finale, bringing back stock cars for the first time since 2011. Much like how Curt introduced the sport to his daughter around the same time.

"I thought it was cool, but I never really got into it," she said. "One day, he came in the house and asked if I would like to try a bandolero for a guy who used to race pro trucks for our team. One day I tried it out and never stopped."

However, while the stock car scene at Lanier remained dormant throughout 2020-21, the Britt's got to work in the bandolero rookie division at Atlanta Motor Speedway. Curt knew she "caught the bug" for racing during her first tests. Emma started racing in 2020 and became very competitive this past season, reaching victory lane three times and only finishing outside the top three twice in nine races. Her last win at Atlanta was June 17.

In April, needing a place to hold races at in July, INEX announced the four-race Lanier Speedway INEX Racing Series. Curt Britt raced at Lanier almost every weekend between 1992 and 2005, he considered the track a "second home." He and Emma were not about to sit this series out.

"It was exciting since my daughter is racing and for her to get to race somewhere that I raced and had so much success," he said. "We just moved up a class, but I want it to be fun for her. No pressure."

While Britt doesn't live in the area today, he and his family live in McDonough, it's clear Lanier National Speedway is his racing home. He's hopeful the INEX series helps turn the page for a new and brighter chapter in the track's story.

"The sport in general has taken such a turn," he said. "It's almost taken a turn now back the other way. People's priorities change. People that were so involved as youngsters got married and had families. Now their children are growing up and hearing the stories about when they were younger and [the children] want to come check it out. It's doing its rotation here."

"Hopefully things take back off here and we can come race here some more."