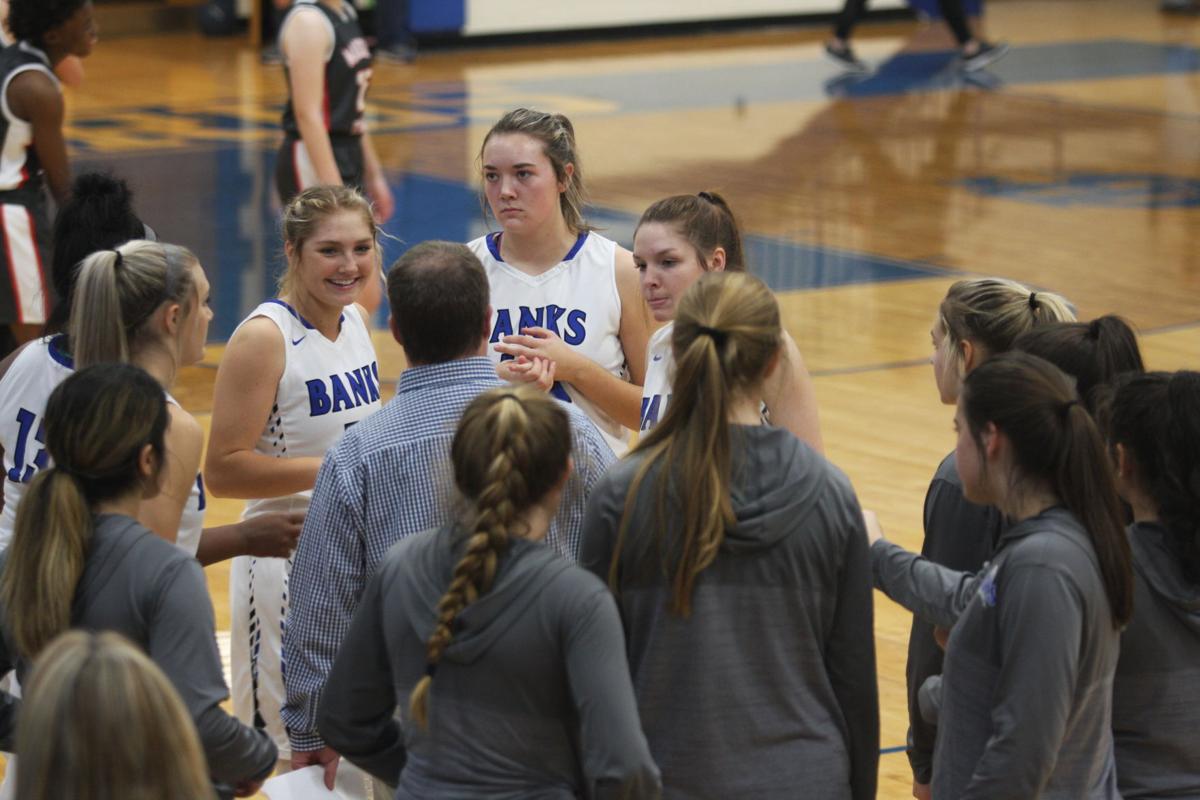 Coach Shedd goes over the game plan against Madison County. 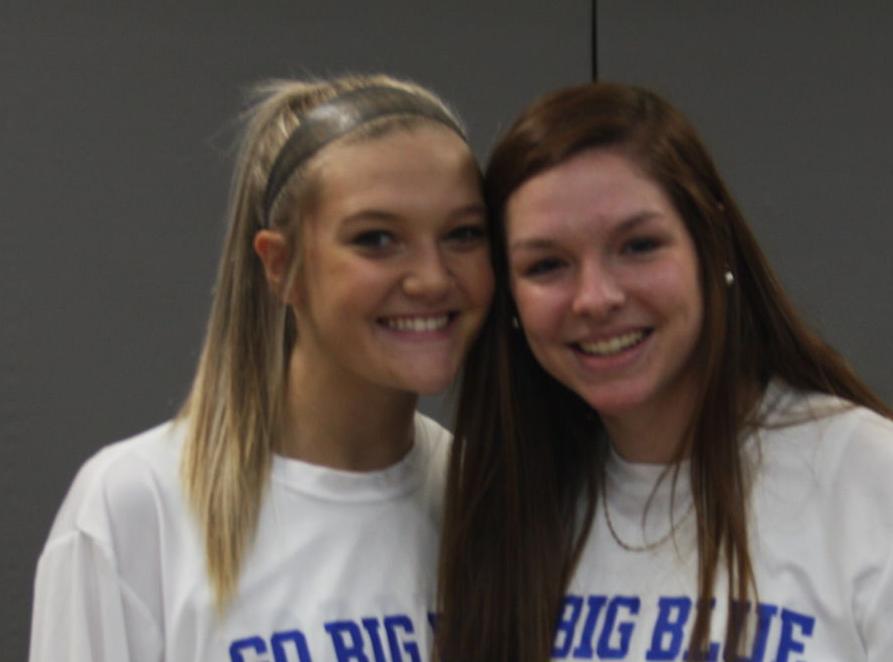 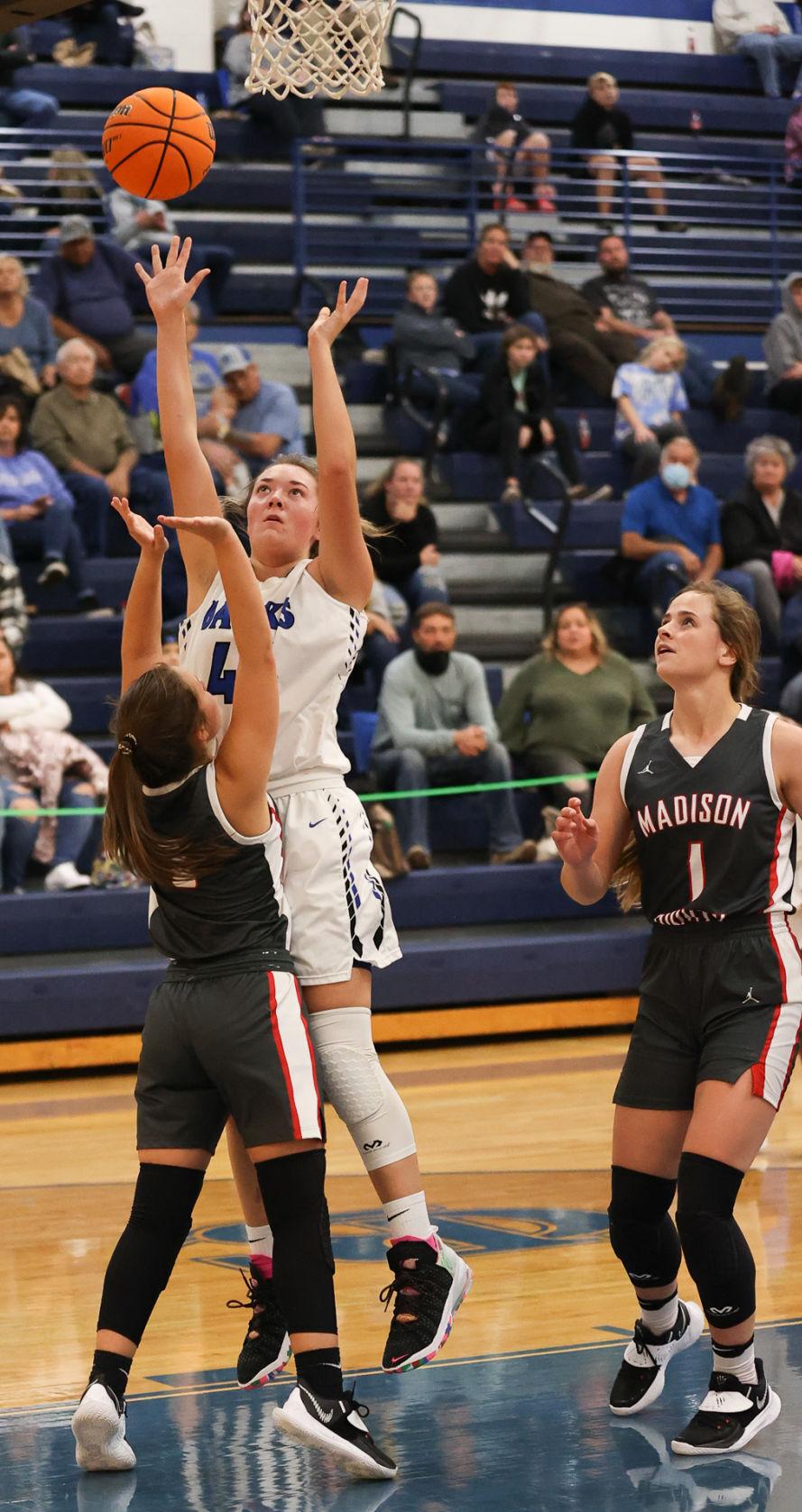 Kamryn Grier led the Leopards with 8 points during the game. 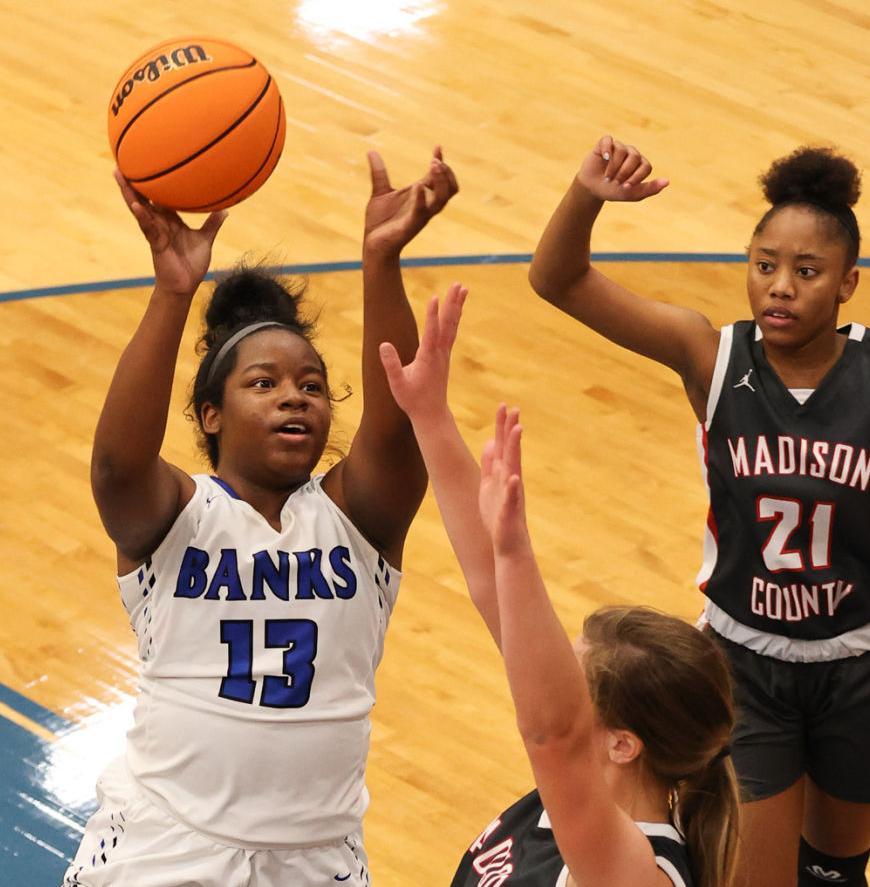 Kalyn Beasley is shown during the Madison County game. 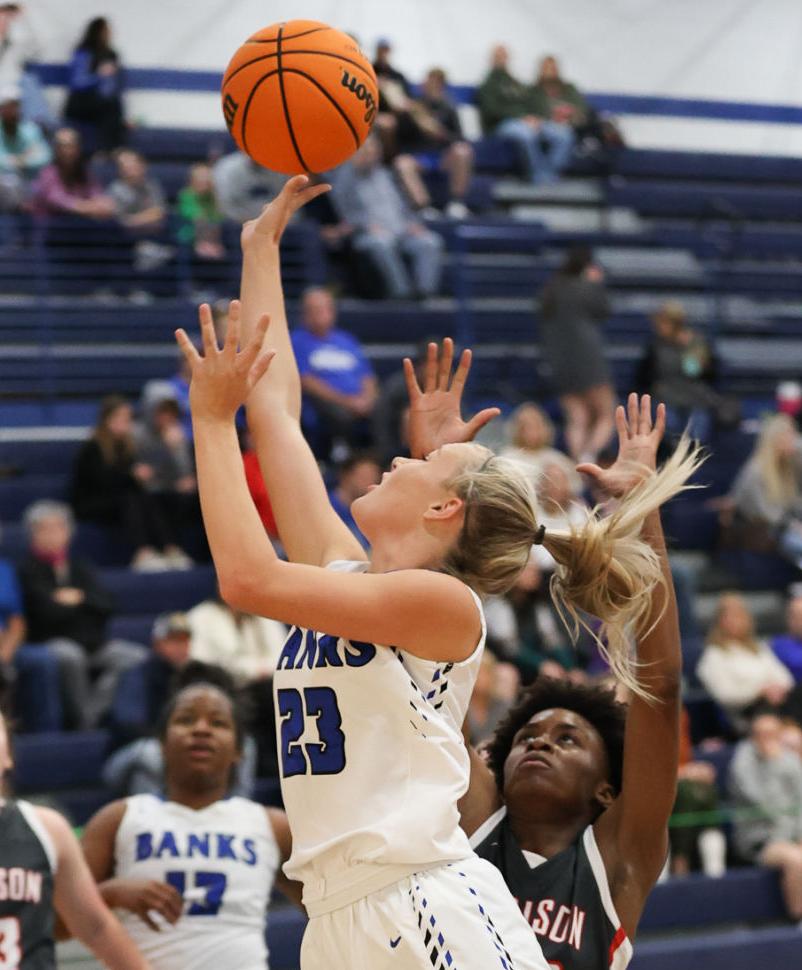 Jenna Reeves had a game high of 28 points. 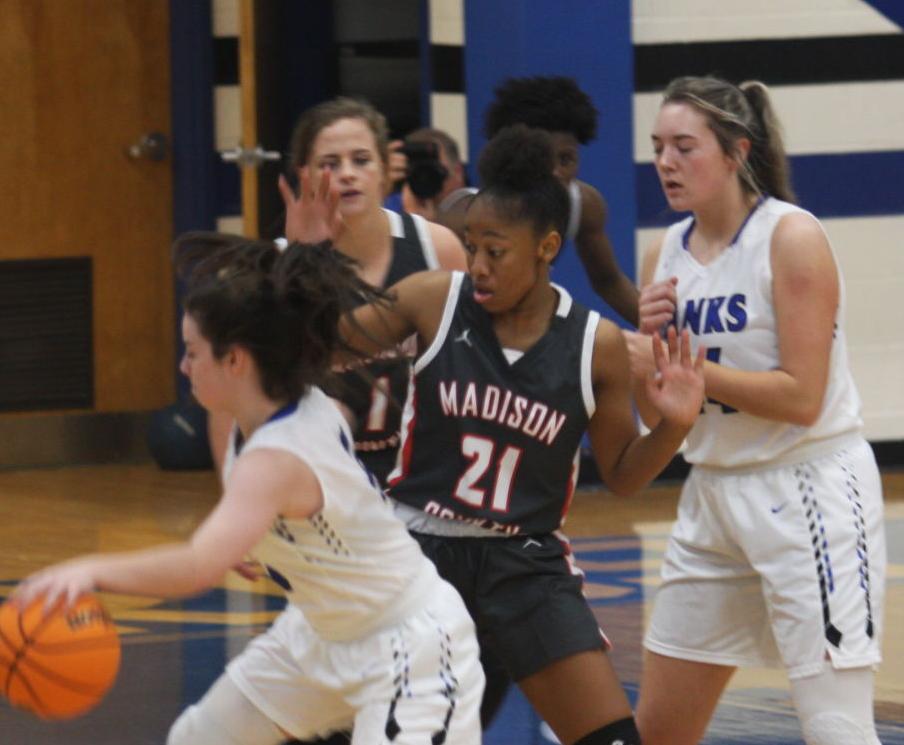 Coach Shedd goes over the game plan against Madison County.

Kamryn Grier led the Leopards with 8 points during the game.

Kalyn Beasley is shown during the Madison County game.

Jenna Reeves had a game high of 28 points.

The Lady Leopards basketball team is 5-2 this season and the team took a 63-43 win Saturday night on Senior Night over the Madison County Raiders.

Coach Shedd stated, "Jenna definitely stepped up and had the kind of game we knew she was capable of doing. It was the best game I have seen her play."

Reeves, a two-year starter, commented, "I really wasn't thinking about how many points I had or how good I was playing. I knew that I was playing good and my shots were falling, but I just wanted to win."

Not only did Reeves help the team secure the win; she had a game-high of 28 points. When Reeves was asked what inspires her, she credits her Mom.

Reeves also credits her coaches for always caring, being encouraging and helping her reach her full potential.

Shedd also credited his other senior, Hailey Seahorn for the team's success. Seahorn scored 8 points in the game.

"Hailey is the type of player that does so many things that get unnoticed on the stat board," the coach said. "She is an all-around player, rebounds on defense, and shows great leadership."

Seahorn has played under the leadership of Coach Shedd since she was a 6th grader and credited him for pushing her to be her best at everything.

"My coaches set high expectations for me," she said. "They are like my second family. I appreciate everything they have done for me."

Both Reeves and Seahorn believe this season is special because of the unique circumstances and credit their teammates for making things work. While they both believe being positive on and off the court and developing friendships have led to the team's chemistry, they also think that having the opportunity to play with their teammates since middle school is a definite plus.

The Leopards also picked up a win against Commerce early in the week with a score of 48-44. Reeves put up 13 points, followed by Jacy Ayers with 11.

The Lady Leopards played state-ranked Jefferson on Dec 3rd and lost 78-47. Ayers led the scoring with 16 points, followed by Kamryn Grier and Jenna Reeves with 8 each.

The Lady Leopards will play Jefferson away on Dec. 8 and Cherokee Bluff on Dec. 11.