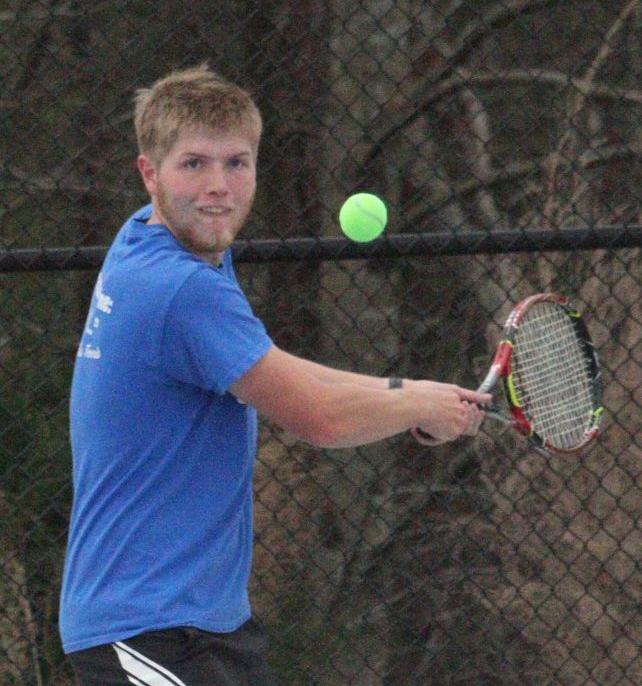 Senior Pierce Martin continues to dominate for the Leopards on the court. 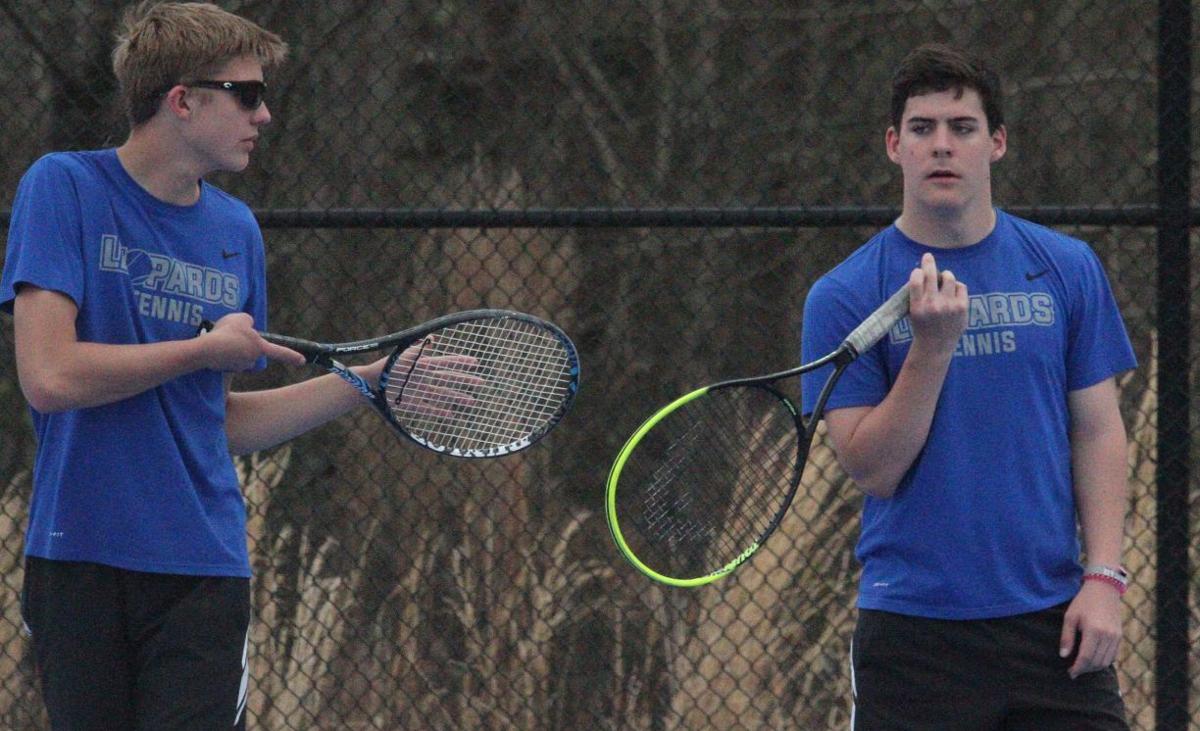 Tennis duo Luke Edwards and Conner McCall have helped the Leopards strong showing on the courts this season.

Senior Pierce Martin continues to dominate for the Leopards on the court.

Tennis duo Luke Edwards and Conner McCall have helped the Leopards strong showing on the courts this season.

The Banks County High School girls and boys tennis have proven to be an unstoppable duo on the courts this season and have remained in first place for Region 8AA all season.

Girls players Chloe Smith, Jaden Hoard, Addison Hoard and doubles Amber Morris/Aspen Davis and Channing Boswell/Abbey Bonds have not only beaten their opponents but also held their opponents to a scoreless match.

The girls beat both Elbert County and North Hall 5-0 this past week.

The team played against North Hall and finished with a score of 3-2. Singles Jones and Suggs again produced a big win for the team and doubles Hatcher and Presley.

Head coach Natasha Savage said of the teams, “Both teams are playing solid tennis right now. I am so proud of the way this team is playing right now. They have matured in their play this season. Some have them have been in battles and have had to win in tie-breakers. They have handled that pressure and persevered through the process.”

The teams will face Rabun to finish the region on March 30.