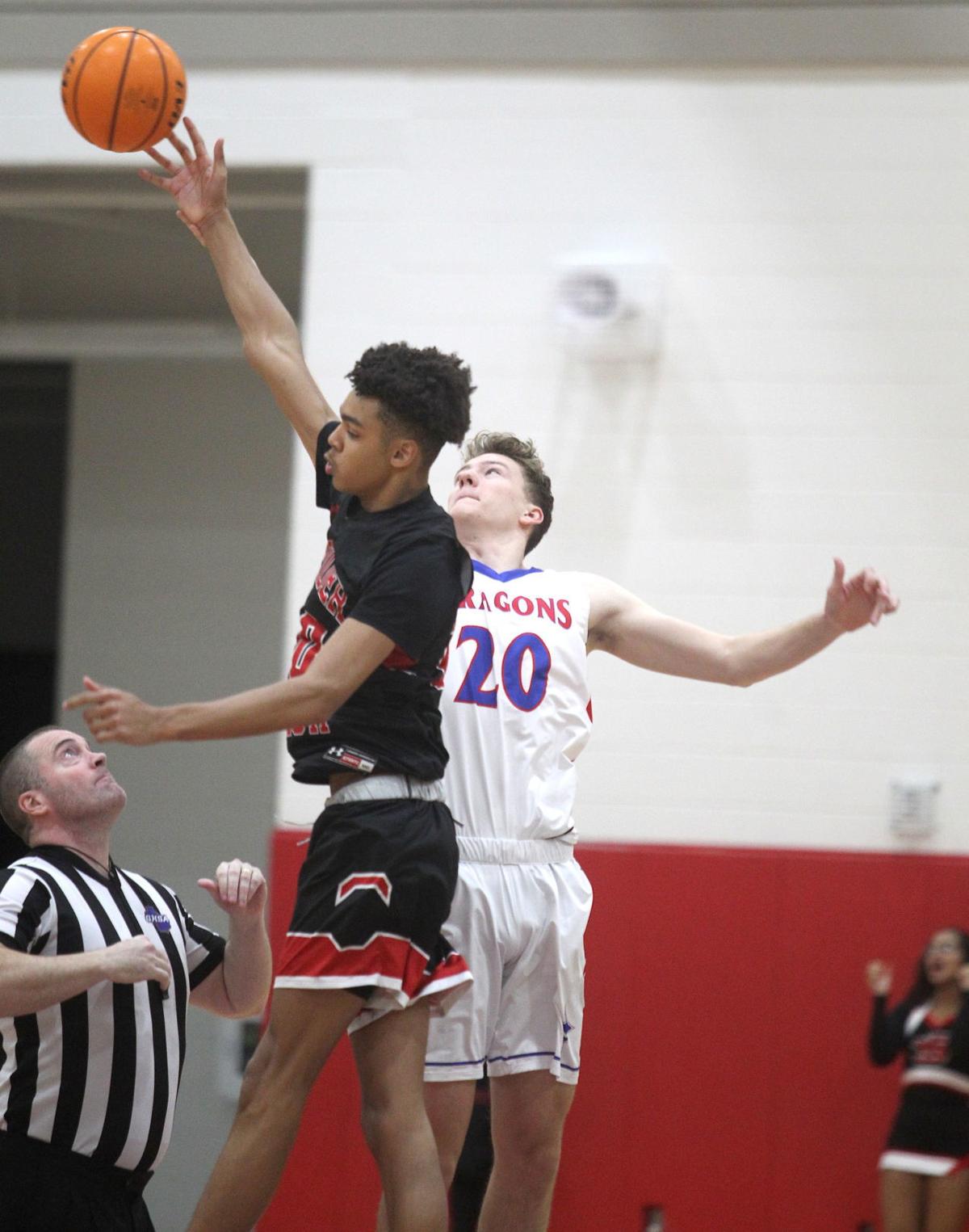 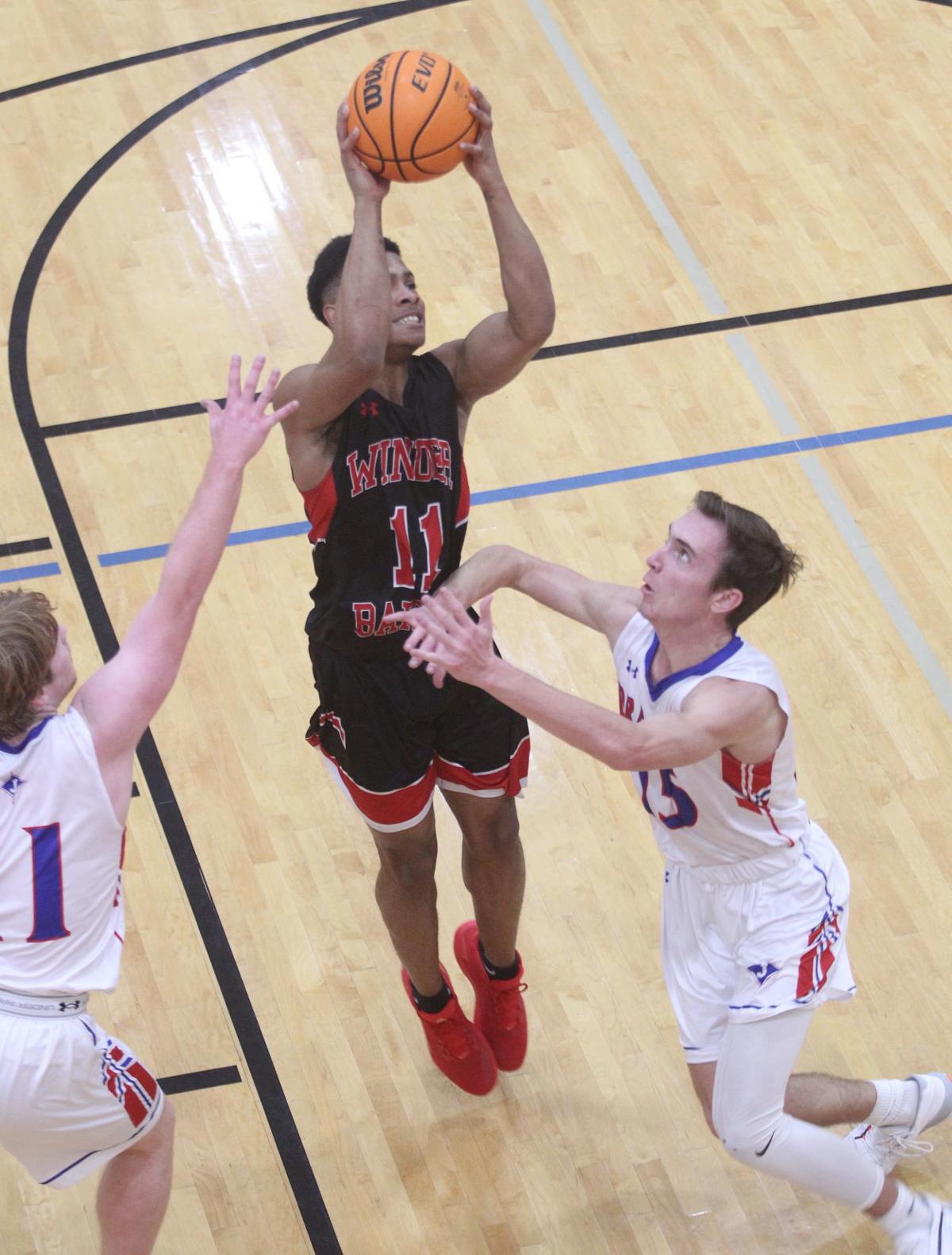 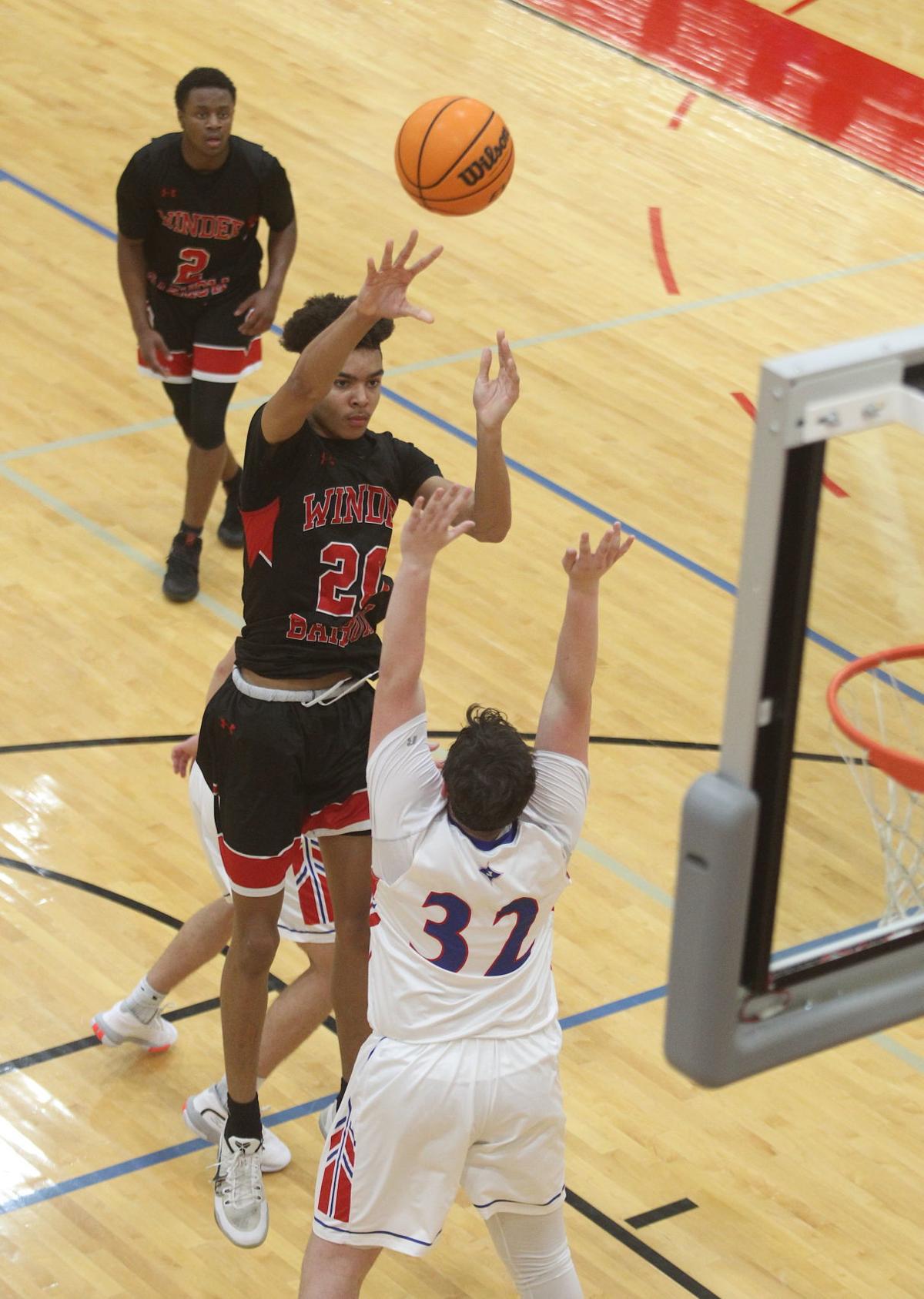 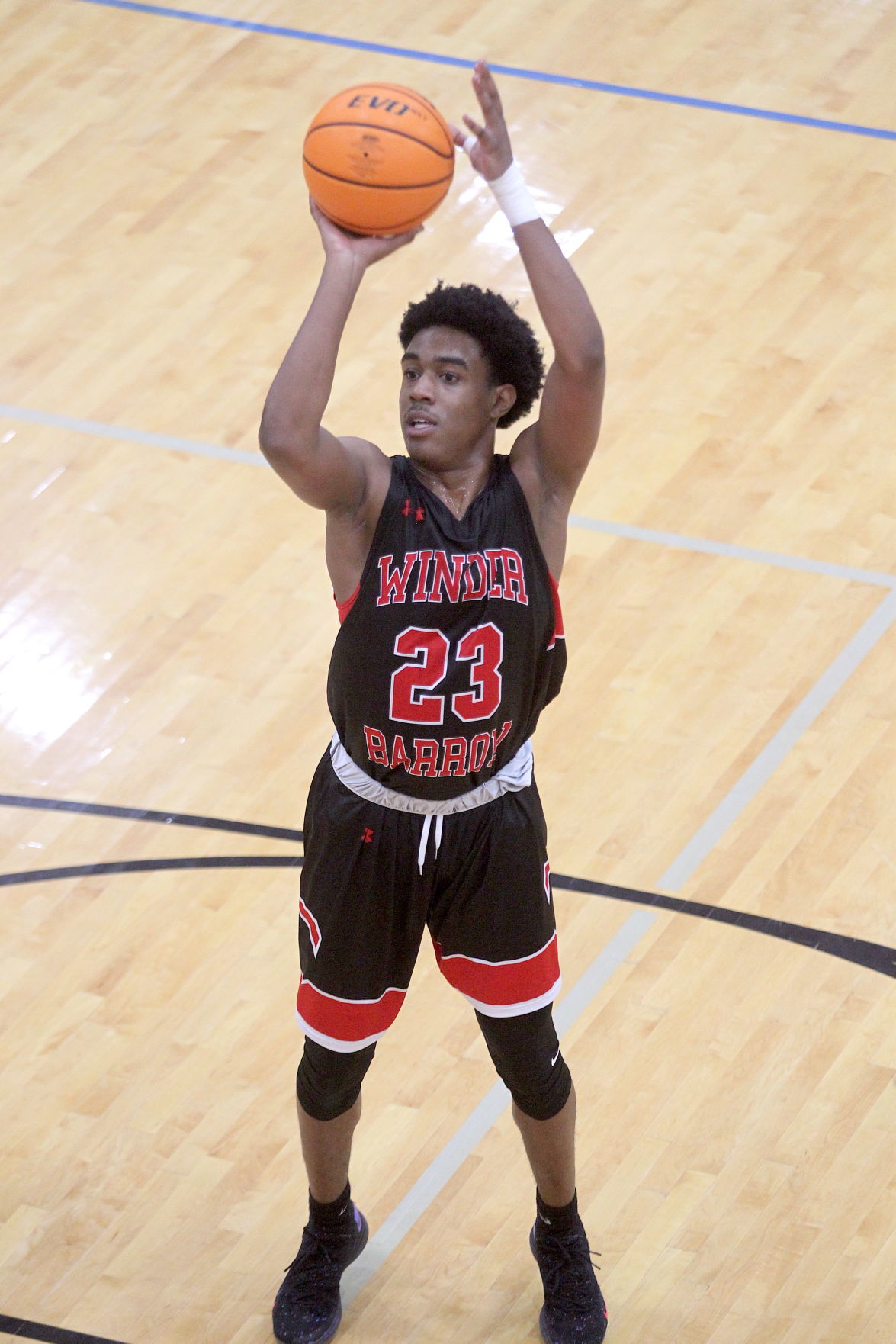 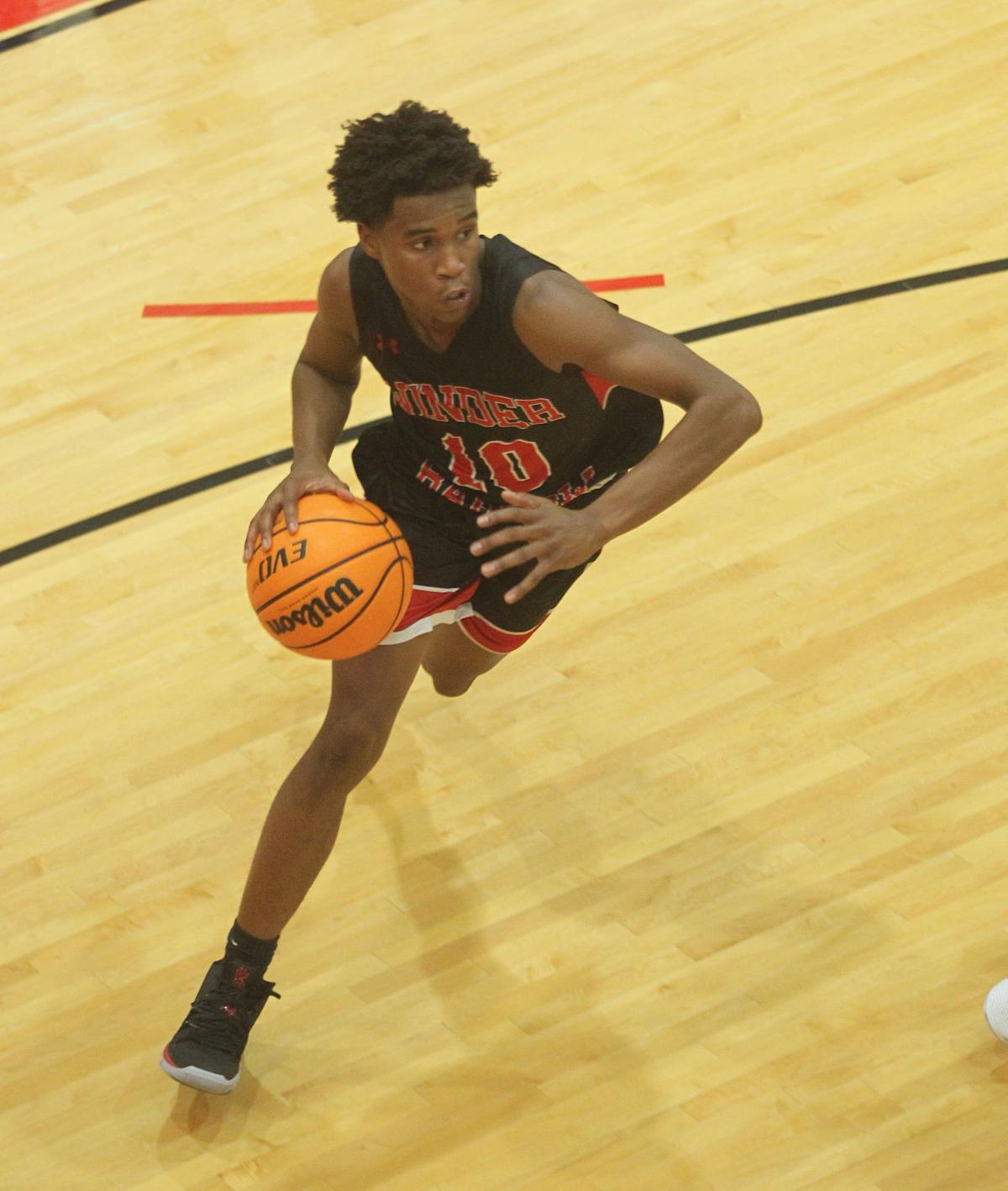 Winder-Barrow's Blake Shook dribbles toward the hole against Jefferson. 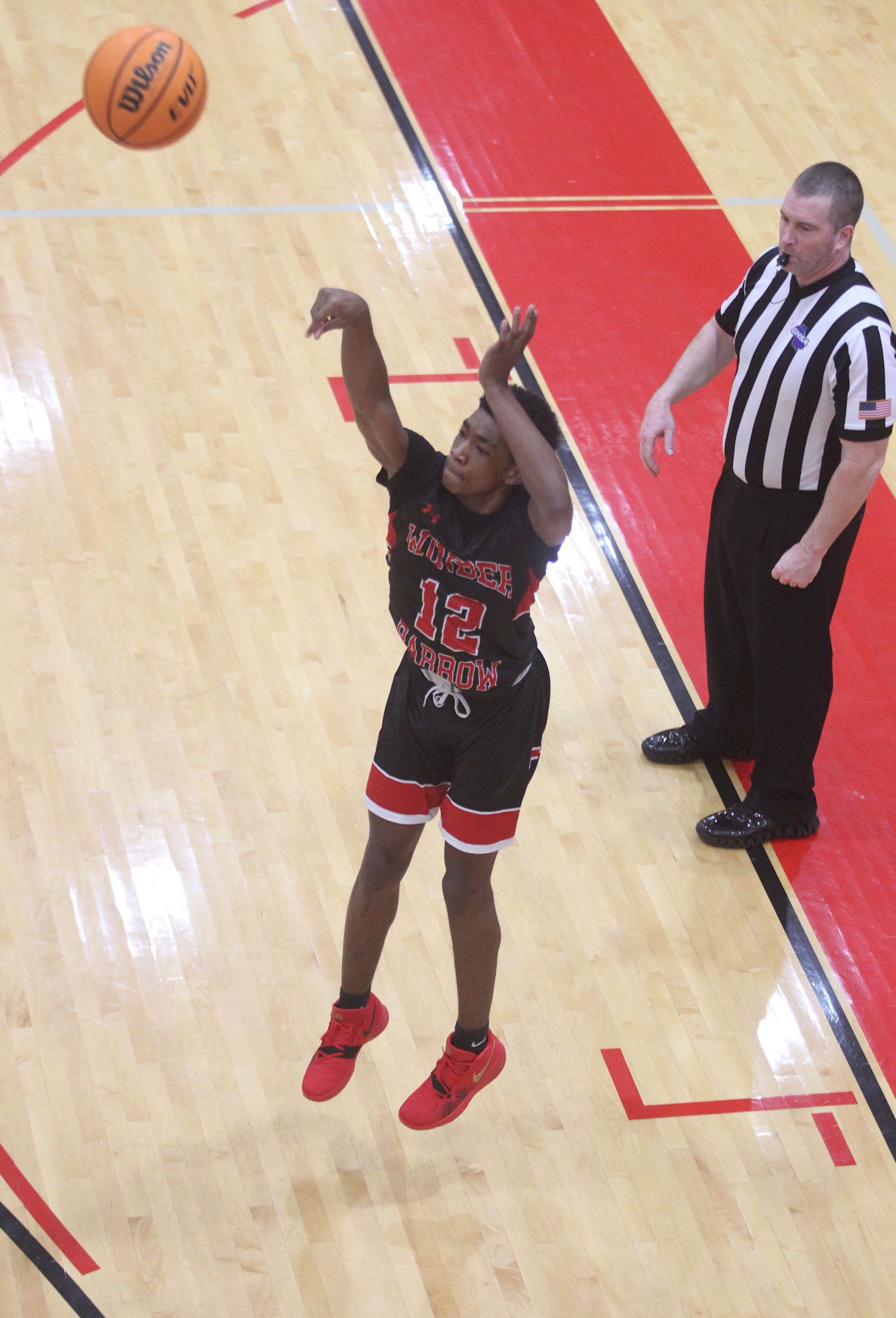 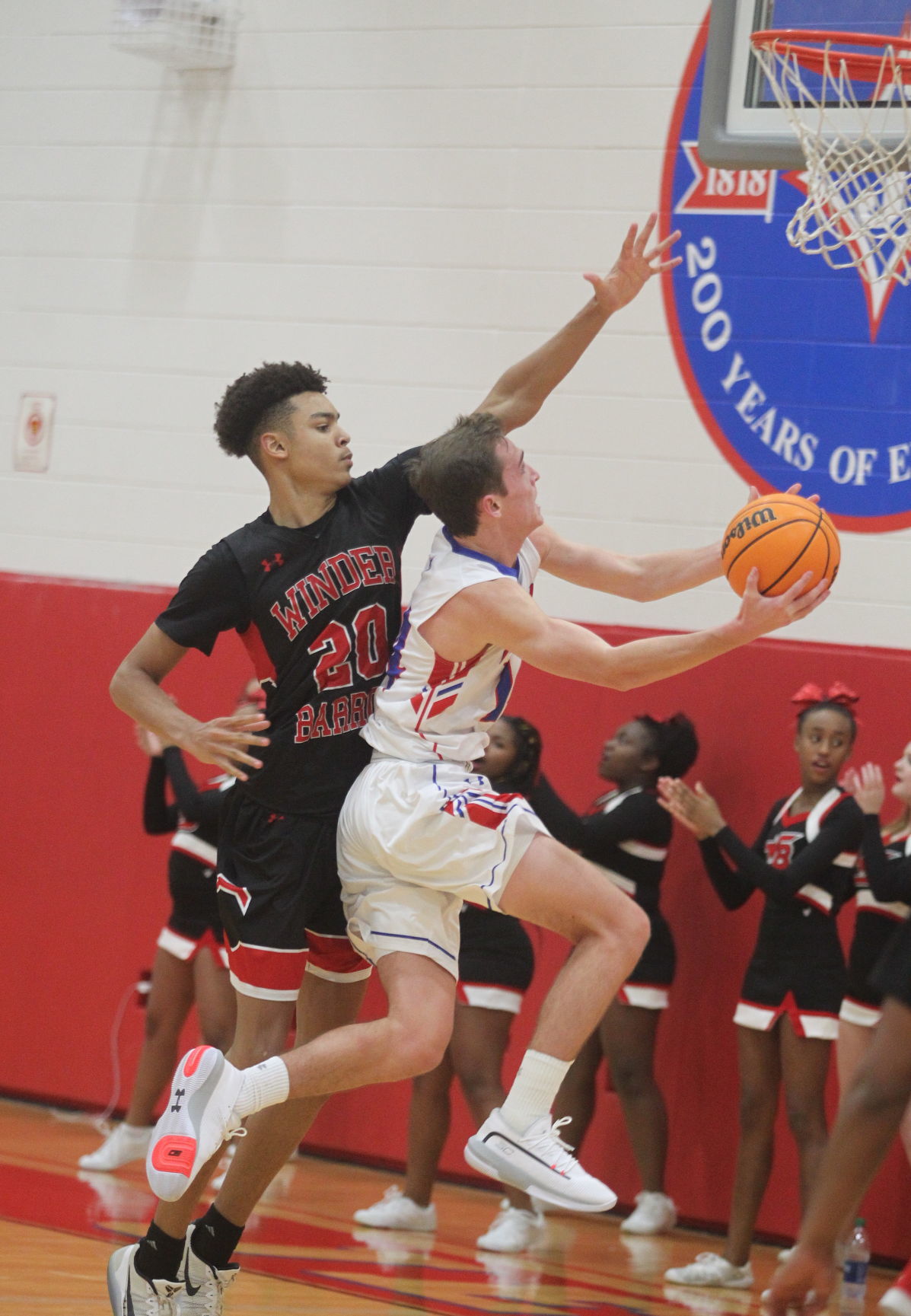 Winder-Barrow's Isaiah Nelson-Ododa goes for a block against Jefferson.

Winder-Barrow's Blake Shook dribbles toward the hole against Jefferson.

Winder-Barrow's Isaiah Nelson-Ododa goes for a block against Jefferson.

Perkins scored 24 points and nailed the go-ahead 3-pointer in Winder-Barrow’s win over Jefferson.

The withstood a 33-point onslaught from Jefferson’s Jacob Radaker. Radaker was fouled on a 3-pointer with 0.7 seconds remaining but went to the free-throw line with a chance to tie the game and missed all three attempts.

Winder-Barrow trailed 23-11 midway through the second quarter before Perkins rallied the Bulldoggs with 11 points in the quarter. He converted a traditional three-point play to cut Jefferson’s lead to 29-24 at the 2:05 mark.

Loud then owned the final 1:09, scoring 8 points in that stretch, including an NBA-range 3-pointer from the top of the key with two seconds left before halftime to narrow Jefferson’s lead to 35-34.

It was Perkins’ turn in the third quarter as he cracked a 3-pointer in the opening moments to put the Bulldoggs on top 37-35, the first of four lead changes during the period. Radaker ended the third quarter with a bucket with seven seconds left, putting the Dragons back ahead 57-56.

Winder-Barrow surged ahead in the fourth quarter with a 13-4 run to take a 69-61 lead — it’s biggest of the night. Jefferson clawed its way back with a 3-pointer from Spencer Darby, a basket from Radaker and then a 3-pointer from Radaker to square the game at 69-69 with 1:29 second remaining.

But Perkins responded with his biggest basket of the night as his 3-point attempt settled into the bottom of the net with 1:15 remaining.

The Wildcats fell 61-53 to Peachtree Ridge on the final day of the showcase on Tuesday, Nov. 26.