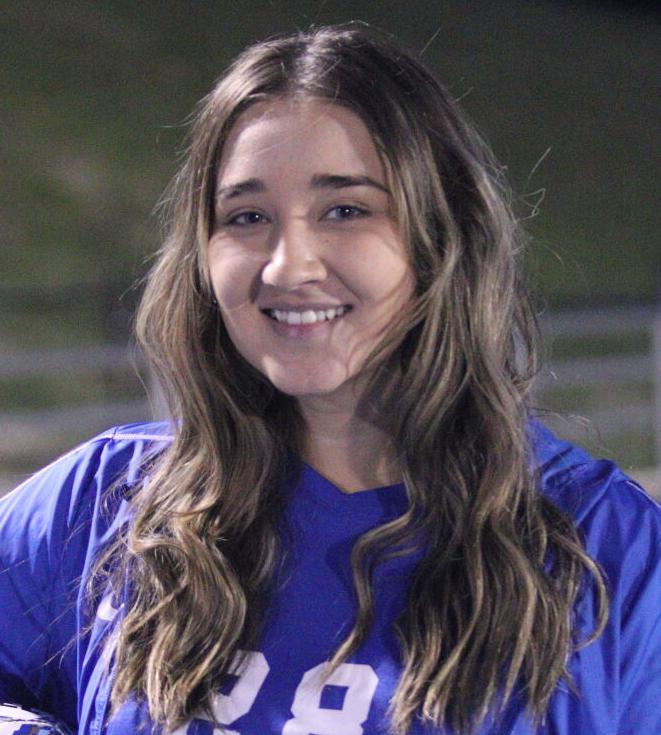 Sam Whitcomb had 32 saves during the home soccer game. She set a school record, and it was her first time ever playing Keeper. 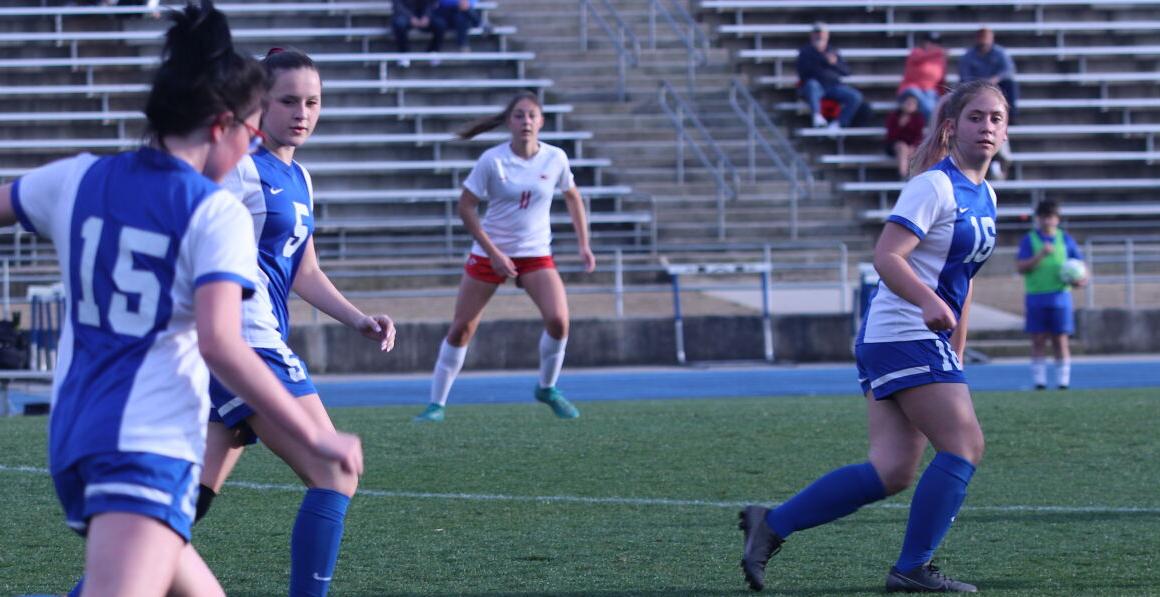 Kayla Porter kicks the ball away from an offender for the girls soccer team. 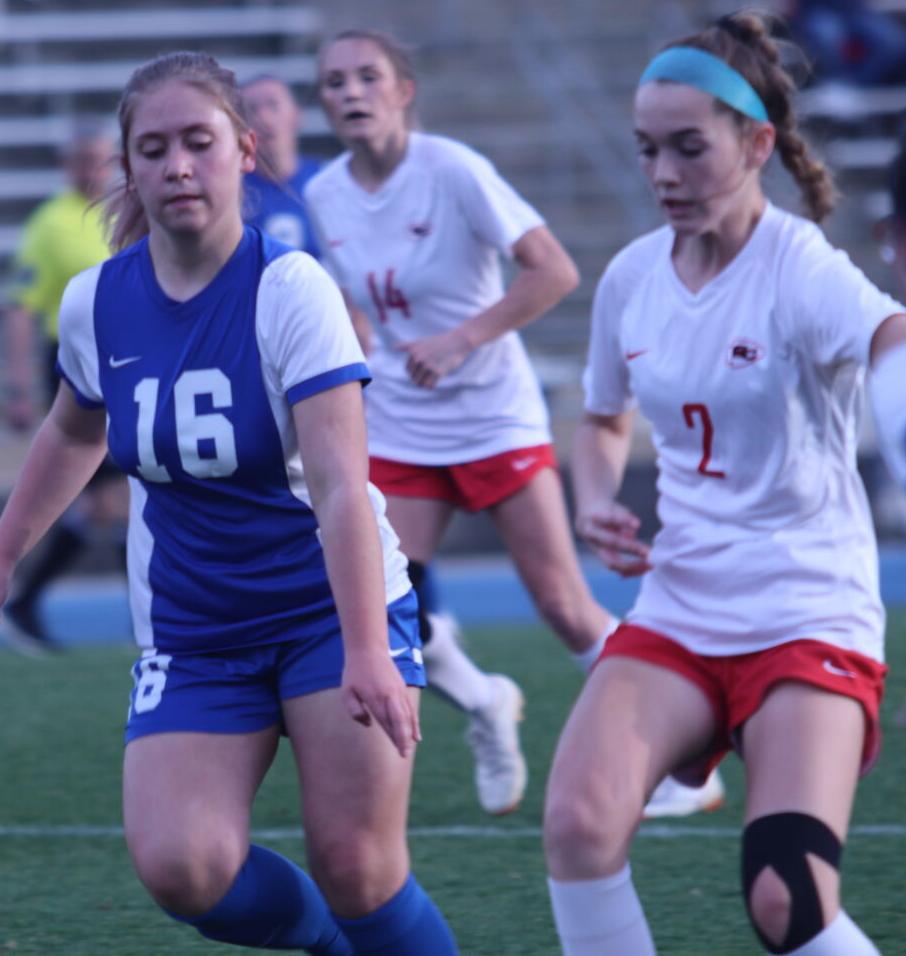 Ashley Spurlock is shown during a recent girls soccer game. 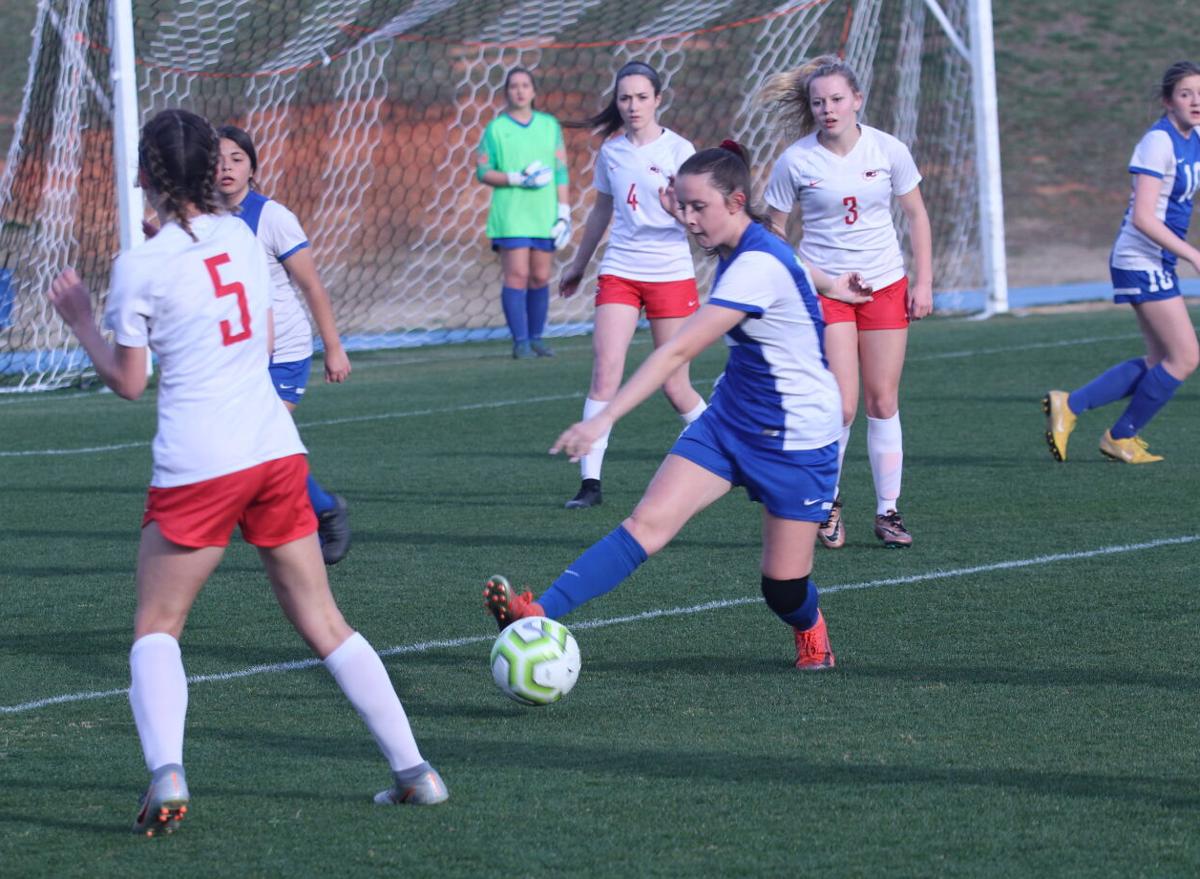 Sam Whitcomb had 32 saves during the home soccer game. She set a school record, and it was her first time ever playing Keeper.

Kayla Porter kicks the ball away from an offender for the girls soccer team.

Ashley Spurlock is shown during a recent girls soccer game.

History was made for the girls' soccer team this past Tuesday night against Stephens County. Although the game resulted in a loss of 6-0, senior Sam Whitcomb made school history with 32 defensive saves as goalie.

"We have been scattered trying to put players in positions because of injuries and quarantines, but the puzzle pieces have started to come together," said head coach Maranda Parks.

During the Stephens County game, the team was missing several key players such as Madison Dacus and Yonce.

It was also her first-ever appearance in this role, as she traditionally helps out on defense. Whitcomb stepped in to help fill the standout goalie's shoes, Jenna Yonce, who was out for an injury. Whitcomb, who has quickly become a team leader, produced a school record of 32 saves during the game.

"I was so nervous playing goalie, and I didn't even know I was playing goalie until about fifteen minutes before the game," Whitcomb said. "It was different than playing defense like I normally do. It was a lot of pressure. But as the game went on, I got more confident. My adrenaline kicked in."

Whitcomb speaks highly of her teammates and adds that they have an incredible defense that also helped her during the game.

"I love my team, watching teammates like Georgia Simmons and Madison give everything they have," she said "We are improving every game."

The team faced Elbert County on March 12 and picked up an important region win with a score of 6-0. Goals were scored by Hailey Bain, Kate Parker, Ashley Spurlock. Bain had four goals.